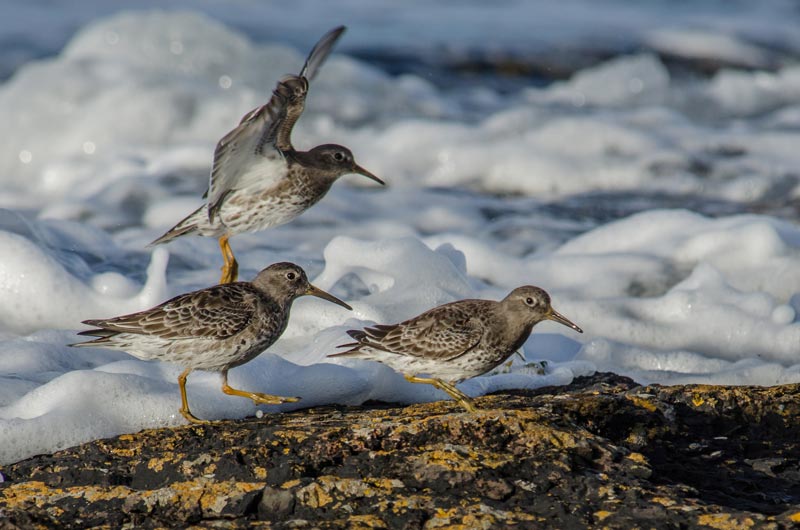 The Northumberland coast is a birdwatchers paradise. In the summer internationally important numbers of seabirds come to the here to breed. In the autumn, hungry and tired migrant birds stop off to feed for their onward journey and in the winter, wildfowl and waders come from their northern breeding grounds to spend the winter here.

The AONB Partnership has produced an excellent guide; ‘Birdwatching on the Northumberland Coast’ which you can buy from here.

The Northumberland coast has several really important seabird colonies where thousands of seabirds come ashore during the spring and summer to raise their young. Here is some information about visiting some of them.

Scattered a couple of miles offshore from Seahouses, the Farne Islands are a seabird paradise. There are between 15 and 20 islands dependent on the state of tide and during the summer they are home to over 150,000 pairs of seabirds of over 23 species.

The islands are an amazing place to see seabirds at close quarters, attracting photographers from around the world. As well as about 37,000 pairs of puffin the islands host large colonies of shag, kittiwake, guilliemots, black-headed gulls and three species of terns.

The islands are also home to an important grey seal colony. In the autumn, over 1000 seal pups are born on the islands.

In the middle of Beadnell Bay, where the Long Nanny Burn runs out onto the beach, there is a colony of nesting terns during the summer.

Five thousand pairs of nesting arctic terns and a few pairs of the very rare little tern make it their home each summer, as do the National Trust Rangers who look after them.

To visit the Long Nanny tern colony you must walk the mile or so from either High Newton-by-the-Sea or Beadnell, both are served by regular buses. Please follow signs as you approach the site to avoid disturbing the birds, if you have a dog, keep it on a lead.

Do go to the Rangers’ hut where they will be happy to show you the birds.

A short video about the Long Nanny tern colony

Coquet Island is an RSPB reserve about a mile offshore from the port of Amble. It is home to a huge number of nesting seabirds including the very rare roseate tern. Coquet Island holds more than 95% of the UK population of this beautiful seabird and is the best place to see them in the UK.

Several thousand nesting sandwich, Arctic and common terns accompany the roseates in May, June and July, and thousands of puffins occupy the main part of the island.

Nesting birds are everywhere on Coquet and for this reason, visitors are not allowed to land on the Island. The birds can be viewed incredibly well from boats that sail around the island.

‘Puffin Cruise’ boats go out to Coquet Island from Amble Harbour, they sail around the island before anchoring-off, giving passengers fantastic views of the nesting roseate terns. You should book in advance during the breeding season and don’t forget your camera!

In late autumn, tens of thousands of ducks, geese and wading birds arrive on the Northumberland coast to spend the winter. Many of these birds will have come from the Arctic Circle.

Every autumn, the jet-set fly in! Six internationally important species of wildfowl and wading birds overwinter here. Light-bellied brent geese, barnacle geese and pink-footed geese are joined by wigeon, grey plovers and bar-tailed godwits as the other VIPs at this 'seaside hotel', where all their favourite food is laid on.

These birds, and many other species, feed on the sand and mud flats that surround Holy Island and in Budle Bay. As the tide comes in, it pushes the birds closer to the shore and this is the best time to see them. There are wildlife watching hides overlooking the reserve at Fenham-le-Moor, Beal, Holy Island (window on the wild) and at The Lough on Holy Island. The harbour at Holy Island can also be a good place to watch birds.

Budle Bay is also a very good place to watch the birds of the mudflats on an incoming tide. There is a long layby where you can park and some information panels.

There is a self-guided nature trail around Holy Island which takes in the harbour and the Lough Pond.

The Harkess Rocks in Bamburgh or more commonly known as the ‘Stag Rocks’ because of the white stag that has been painted on them for many years. The rocks are whinstone and jut out into the North Sea. Despite the popularity of the area, this is one of the best places to see rocky shore waders such as purple sandpiper, knot and turnstone.

Purple sandpipers are known locally as ‘penny men’ and sometimes over 100 birds can gather here.

You can also see rocky shore species at Seahouses harbour and Low Newton-by-the-Sea.

Inland from the coastal margins, the fields, farms and woodlands of the AONB are home to a wide range of birds throughout the year.

There isn’t much mature woodland on the Northumberland coast so woodland birds can be difficult to see. Probably the best place to see woodland species is Howick Gardens where a walk through the arboretum and down the ‘long walk’ should be productive at any time of year.

Autumn is an exciting time for birdwatchers as birds that do not normally spend much time here pass through as they migrate south for winter. For many species, their normal route will take them through Northumberland, for others they will have been blown off-course and will arrive here by accident.

Autumn migration lasts from the end of July through to early November. Early in the autumn, wading birds pass through on their way from the Arctic to Africa. Places like Newton-by-the-Sea, the Coquet Estuary and Lindisfarne are good places to look.

Later in the season, large arrivals of birds from the north and east are a real spectacle. Huge numbers of wintering thrushes such as redwing and fieldfare can be seen arriving, with them long-eared and short-eared owls can be seen flying in from the sea. Other ‘northern breeders’ and birds from as far as eastern Russia can arrive through September and October.

The best places to look for migrant birds in suitable conditions are:
• Holy Island – the island acts as a magnet for birds arriving from the east.
• Craster – check the Arnold Memorial Reserve and surrounding areas
• Warkworth – The picnic site car park and surrounding bushes can be good as can a walk through the dunes.

We have published a comprehensive guidebook to help you get the most out of a birdwatching trip to the coast. With details of sites and handy tips for each season this guidebook will be invaluable for planning your birdwatching trip.

To see the breeding seabirds, the best time to visit the Farne Islands is between May and late July when activity peaks as the birds are feeding their growing chicks.

During this time, three islands are open to the public:

Staple island is only open in the mornings and has high whinstone stacks, where nesting auks and kittiwakes jostle for space. There are also thousands of nesting puffins on Staple Island – but there aren’t any breeding terns on this island.

Inner Farne is open in the afternoon. As well as all of the birds that breed on Staple Island, there are also thousands of nesting Arctic, common and Sandwich terns. There are toilet facilities and a small National Trust shop on Inner Farne and St. Cuthbert’s Chapel is open to the public. If you are visiting during the breeding season, the Arctic terns will be defending their eggs and chicks and will dive-bomb passing humans – be sure to wear a hat!
Boats sail to the Farne Islands from Seahouses. Booking in advance is recommended, especially between May and August: 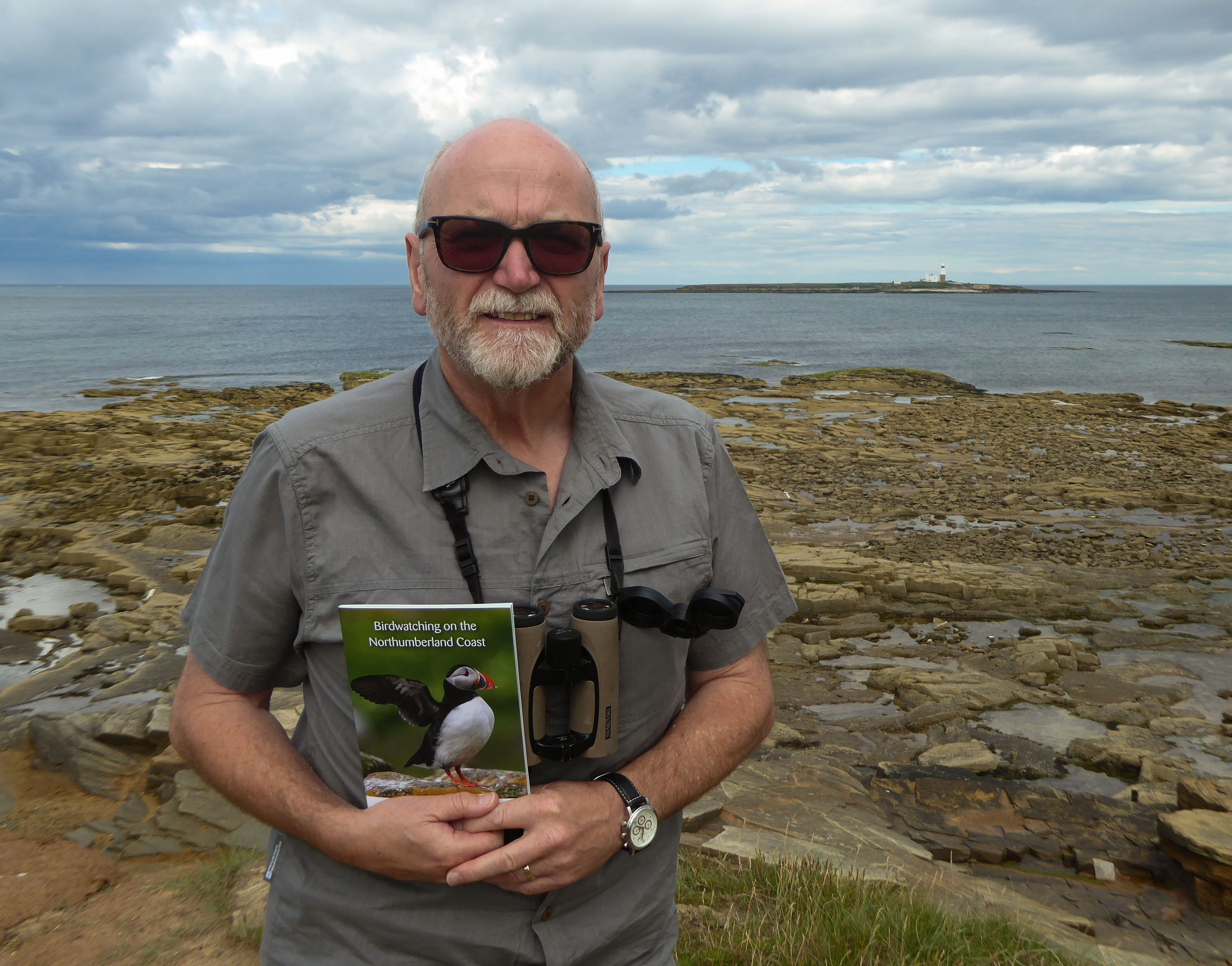 A new bird watching guide for the Northumberland coast has b... 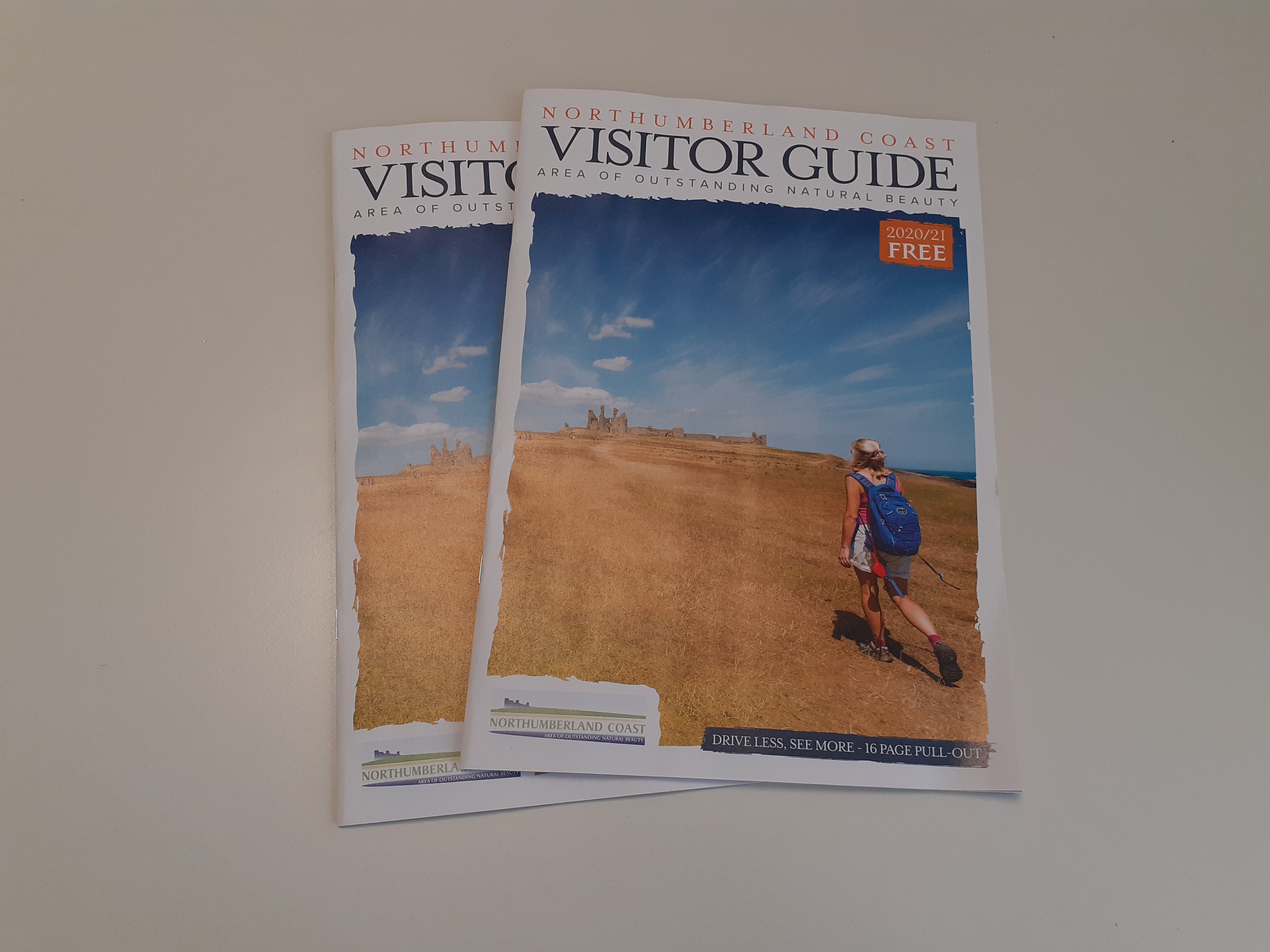 How to get your AONB Visitor Guide

Today, we would normally have been at Northumberland Tourism... 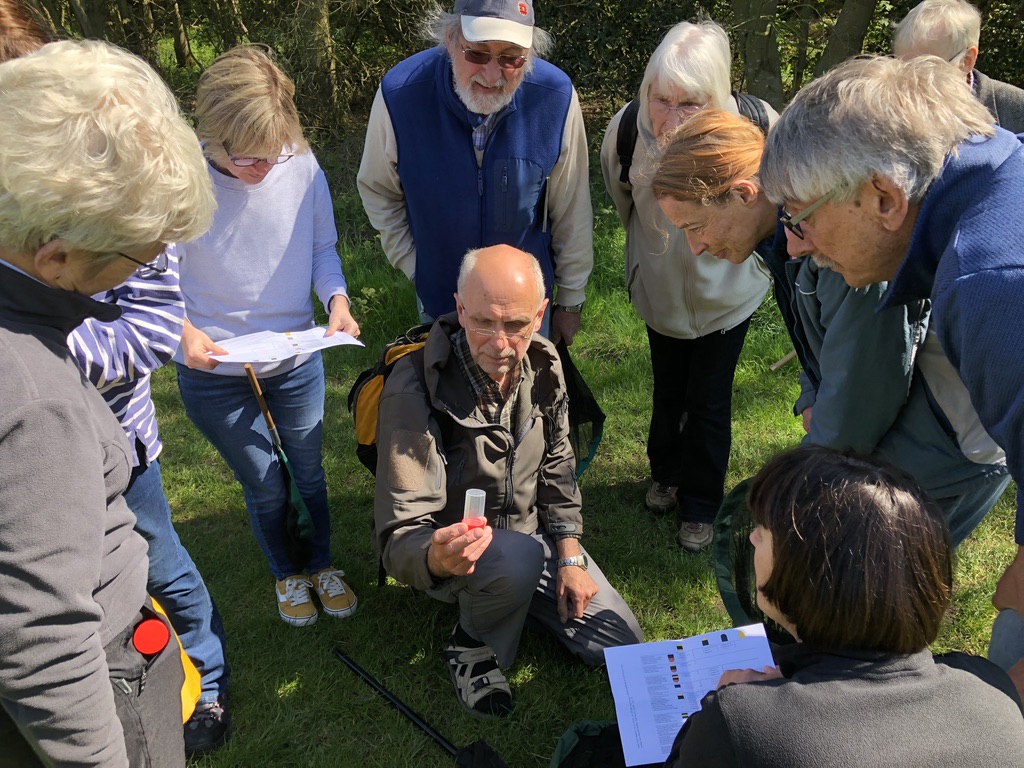 Opportunity for a graduate

Coast Care have a fantastic opportunity for a recent graduat...