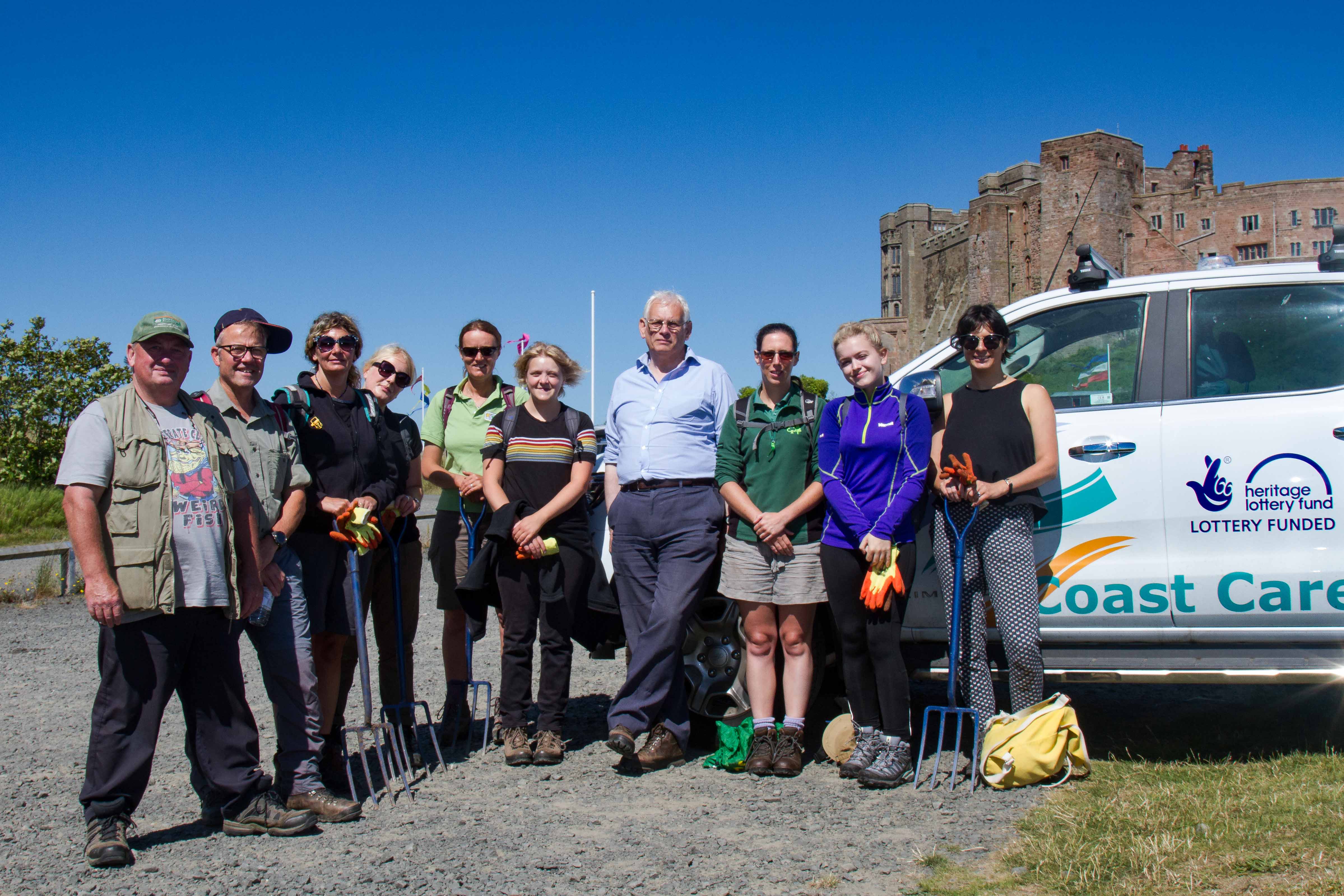 About this photo
The Defra Family Team Photo: Iain Robson

Staff from the Defra group of agencies - Natural England, Environment Agency and Forestry Commission - joined us yesterday to remove Pirri Pirri, a problematic plant, from the dunes at Bamburgh.

The Northumberland coast is a 'focus area' for the three Defra agencies, working alongside the AONB Partnership to help conserve and enhance the area. Staff working in the focus area used a volunteer day to come to Bamburgh and deal with this prickly problem plant. Working with our Coast Care team, they dug up and removed several large sacks of Pirri Pirri.

Pirri Pirri (Acaena novae-zelandiae) originates from New Zealand. It is thought it arrived here on sheep fleeces and the seeds found their way to Lindisfarne, where the plant is now widespread. It is an invasive species and thrives on the dune system of the National Nature Reserve. The seeds are hooked burs, which attach themselves to footwear, clothing and dogs and it is in this way they are transported around the area. Pirri Pirri can now be found growing in the places that are well visited, such as Hadrian’s Wall and woodland sites. It has even been found on Cheviot and on the Farne Islands where it was quickly dealt with.

It was recently discovered in the dunes at Bamburgh which are designated as a Site of Special Scientific Interest (SSSI). Our approach here is to target the small pioneer clumps of Pirri Pirri before it becomes a huge problem like at Lindisfarne. We plan to work with volunteers next Spring to do a coast-wide survey of Pirri Pirri.

The days work was made easier by the beautiful weather and supplies of water and lovely homemade fudge from Bamburgh Castle. This is the type of job where many hands make light work and we are always happy to work with large groups of people from any organisation or company.

If you are out on the Northumberland coast and find the burs from Pirri Pirri on your clothing, footwear or dog, remove and dispose of them carefully as every dropped seed is a potential new plant. 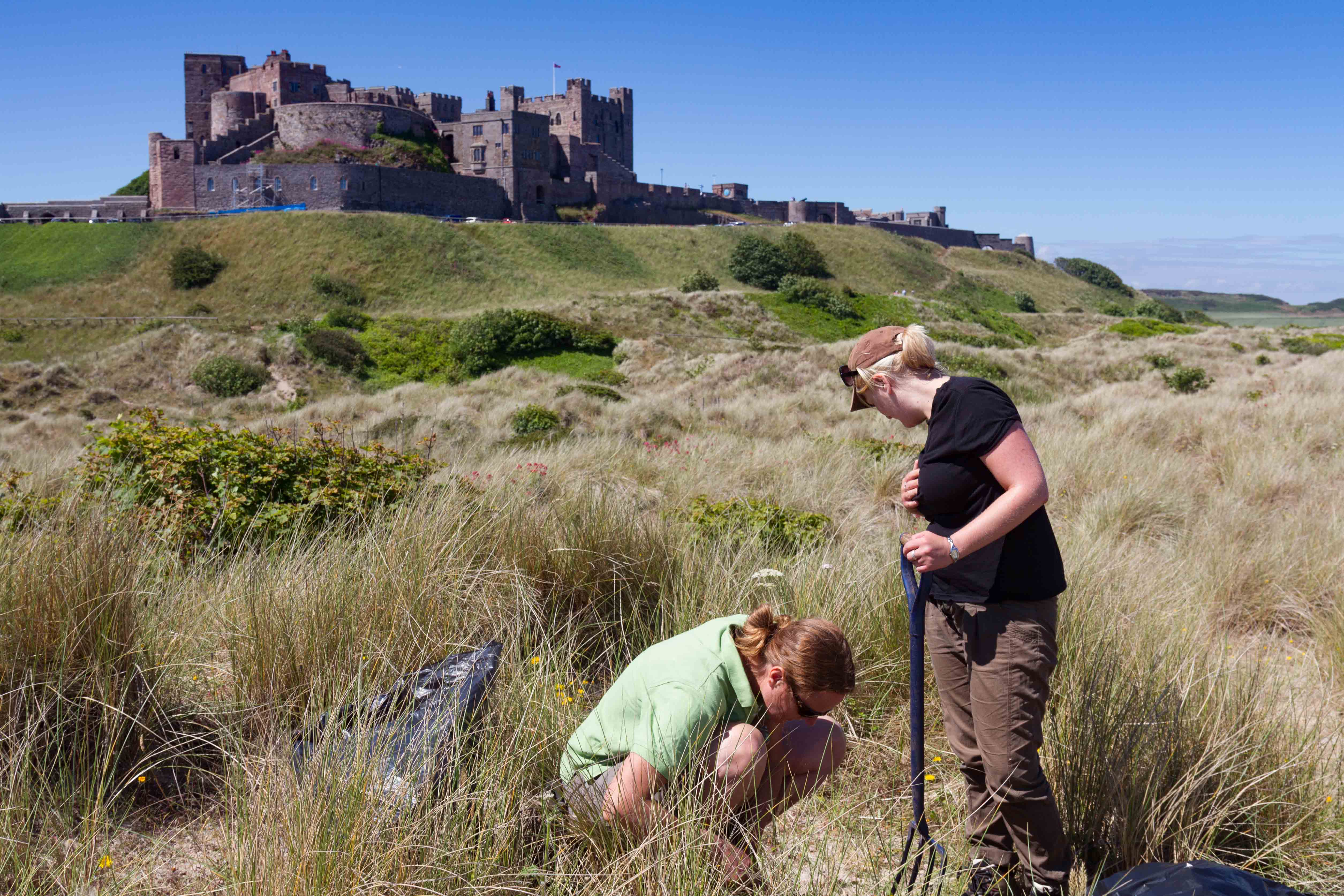 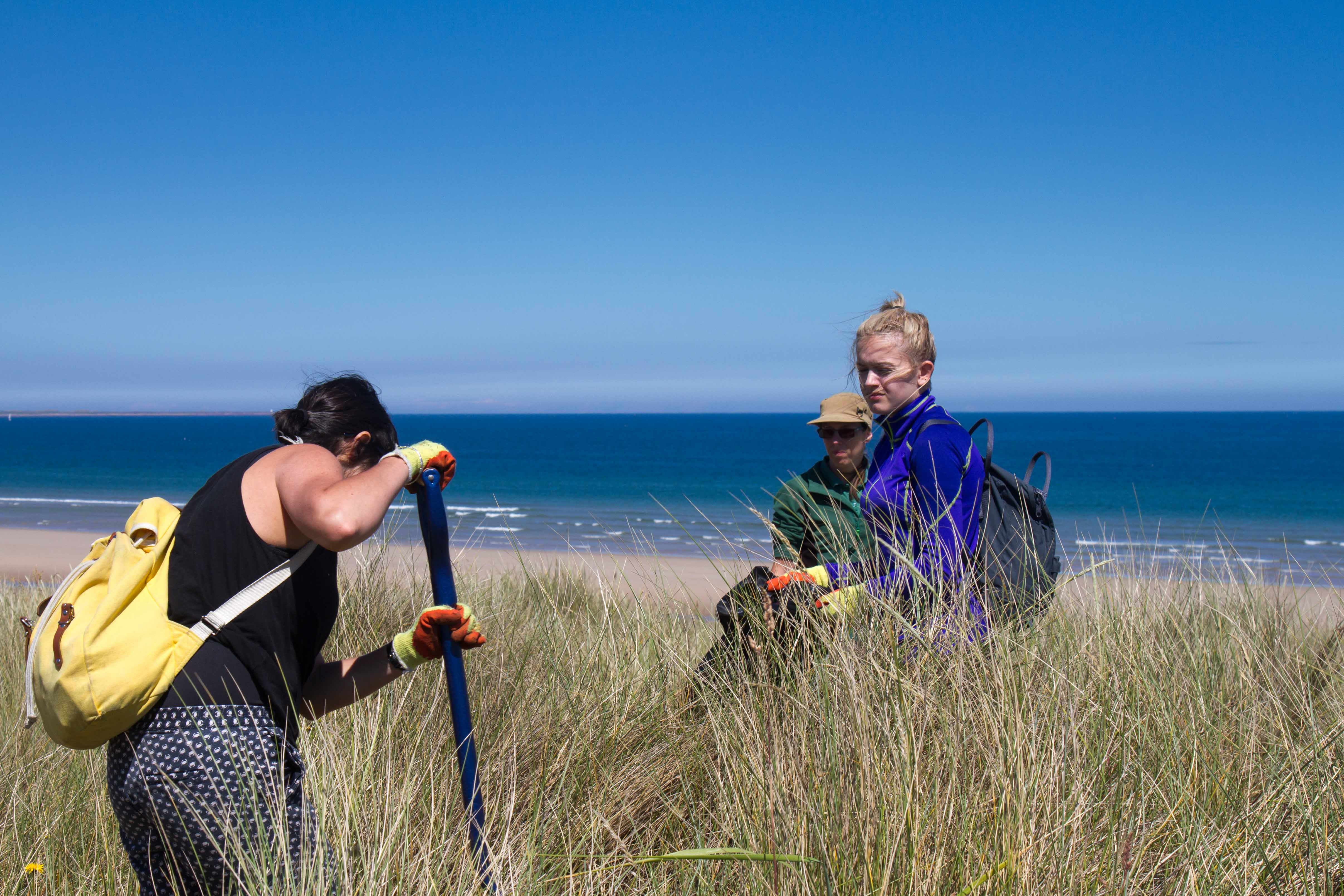 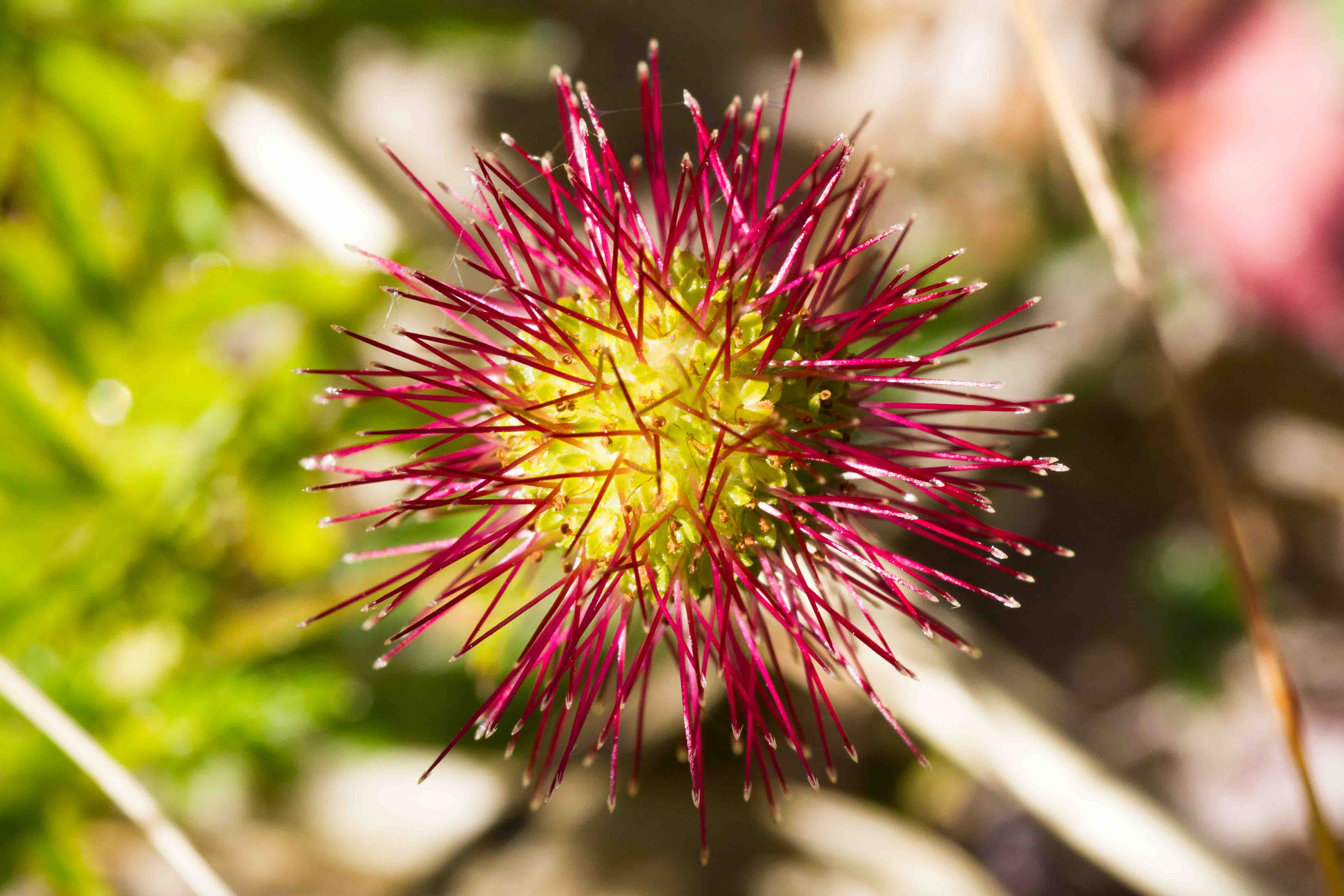