Life after Peregrini for Ian Kille 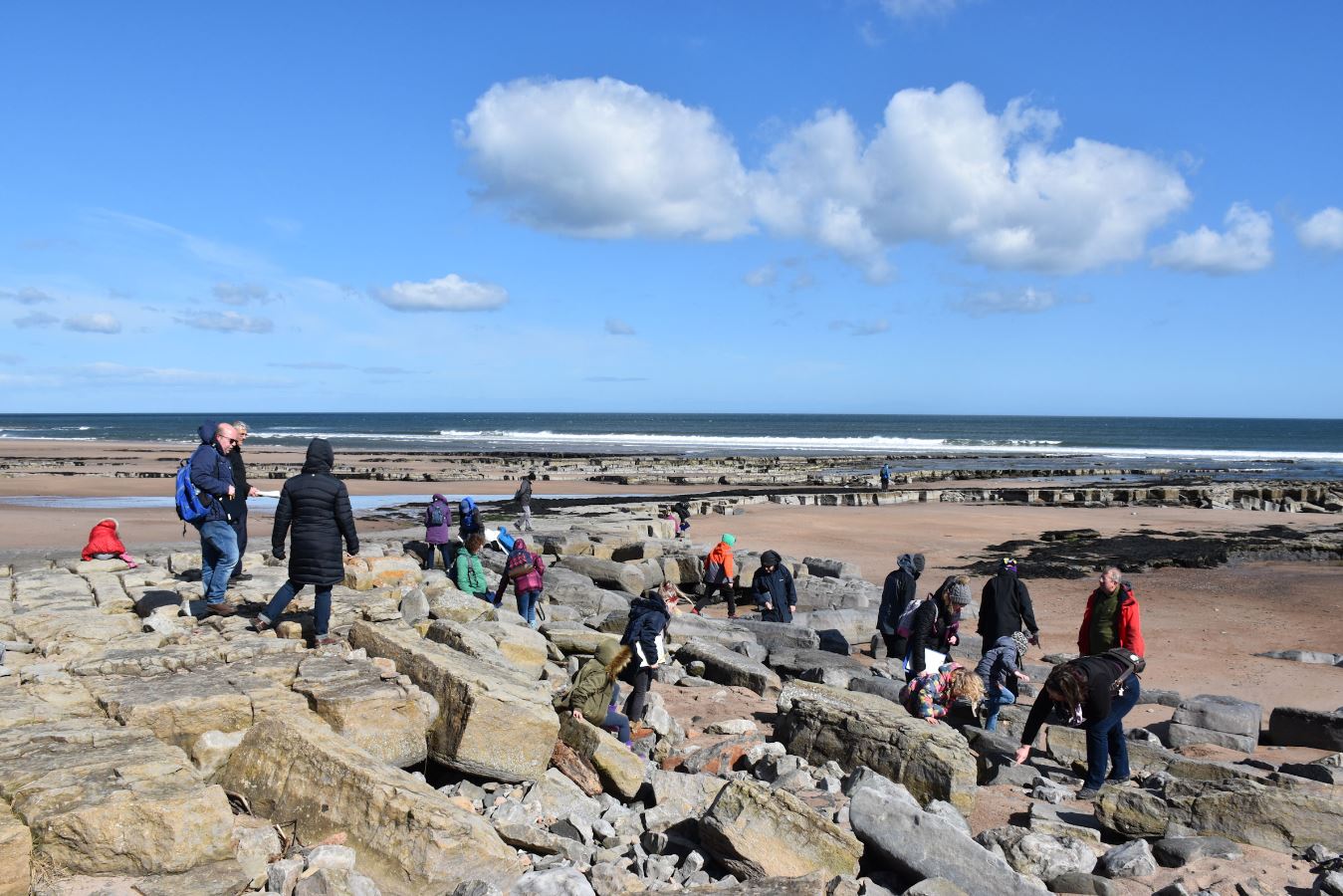 The final volunteer conference for the Peregrini Lindisfarne Landscape Partnership Scheme has just been and my time managing the Community Geology Project comes towards its end. Time to ask questions - what has this scheme achieved? what is its relevance, if any, to tourism businesses? where does it lead to?

Peregrini Lindisfarne is a large Heritage Lottery funded project investing in the special landscape area which covers the arc of land from just south of Budle Bay, up to Hud’s Head just shy of Spittal and enfolds the whole of Lindisfarne and its fringing marine environment. There is much that is obvious and tangible which has flowed from the scheme; amongst others, major improvements to the pier on Lindisfarne, a new hide on the Lough Pond on Lindisfarne, a set of amazing willow sculptures from Anna Turnbull on Lindisfarne, refurbishment of the Old Lifeboat and installation of an exhibit inside it on Lindisfarne, improvements to access around Cocklawburn and soon there will be improved interpretation and access at Budle Bay too.

Not everything leaves such an obvious legacy though and this has been a large and complex project and not all that was envisaged came to pass.

Speaking as the community geologist, there are three major things I would like to celebrate. The first is the strong interaction between the three community projects – Archaeology, Archives and Geology. This has not only been personally satisfying, giving the opportunity to work with two other enthusiastic, knowledgeable and experienced people, but has also showed the interconnections between the three subjects which has spilled out to inform this rich and layered landscape. For example the extraordinary discovery of the anglo-saxon church on Lindsifarne this summer has been made all the richer by exploring related archival material and using the geology to help understand what the foundation stones are made of and where they came from.  The second has been the opportunity to give both the local community as well as visitors the opportunity to explore the geology and landscape of the area, with over 30 events run over the two years and thousands of people hours spent on the coast exploring the geology and landscape. This has been particularly exciting when working with young people in schools and the guiding movement, having fun exploring the layering of the landscape, how we interact with it, the way it changes and what the future may hold, in particular with respect to climate change. Thirdly there is a legacy and this also has three different forms.

The first is in the excited and willing volunteers of all ages that have engaged with the project and the memories of happy days hunting fossils (see attached picture) and of the understanding they will retain and use for further exploration.  The second the set of online material which will be available to the public as a resource which will help anyone, visitors included, understand more about the landscape. The third is represented by the Coast Care project. This will provide an outlet through which volunteers can continue to be engaged with the Northumberland Coast AONB to maintain, understand, improve and give access to this wonderful landscape. In particular volunteers from the Geology Project, as part of Coast Care, will be monitoring the movement of sand and coastal erosion as part of an ongoing project to understand how climate change will affect our coastline. www.northumbrianearth.co.uk