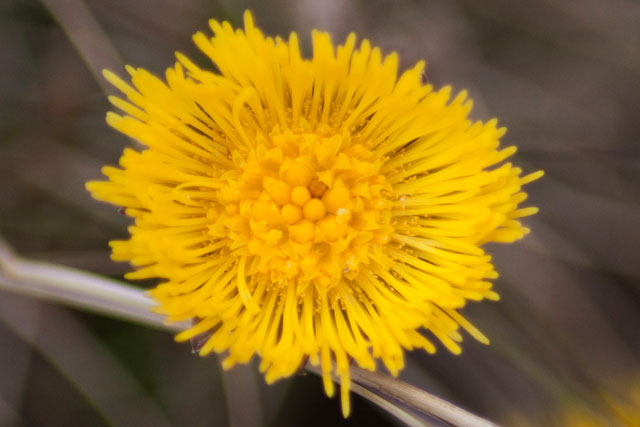 Coltsfoot is bringing a cheery splash of colour to our dune grasslands at this time of year.

Coltsfoot - Tussilago farfara – is one of the first plants on the coast to come into flower, as early as March or even February. Its bright yellow flowers appear before the leaves, which is why it sometimes gets the name ‘son-before-father’. The stems are covered in thick, white, web-like hairs.  Often described as a plant of ‘waste ground’ it can be found growing in most of our coastal dunes systems. A member of the daisy family, coltsfoot is a perennial herb growing to about 25 cm tall.

The common name of coltsfoot comes from the hoof shaped leaves. The botanical name Tussilago means ‘cough dispeller’ coming from the Latin tussis, meaning cough. The plant was recognised by early herbalists as being good for the lungs – the dried leaves were formerly smoked as a remedy for asthma and coughs. Other common names for the plant include ‘coughwort’ or ‘baccy plant’ – baccy being short for tobacco, which it was often substituted for.

In Paris, coltsfoot flowers were painted as a sign on the doors of apothecaries.

Local herbalist Doctor William Turner recognised the healing properties of coltsfoot and included it in his ‘New Herball’. The plant can be found growing in the William Turner Garden in Morpeth’s Carlisle Park - much to the delight of the gardeners who previously regarded the plant as annoying weed.

The flowers and young leaves can be eaten. There is a recipe for coltsfoot wine in the book ‘Wild Food’ by Roger Philips and the Edible Wild Food website has a recipe for a coltsfoot sorbet, which I’ve not tried.

I like to see the bright yellow flowers of coltsfoot, they lift the heart as they herald the onset of spring on an otherwise cold and bleak March day.

You can find out more about the wild flowers of the Northumberland coast in our ‘Exploring the Plantlife’ guide book. 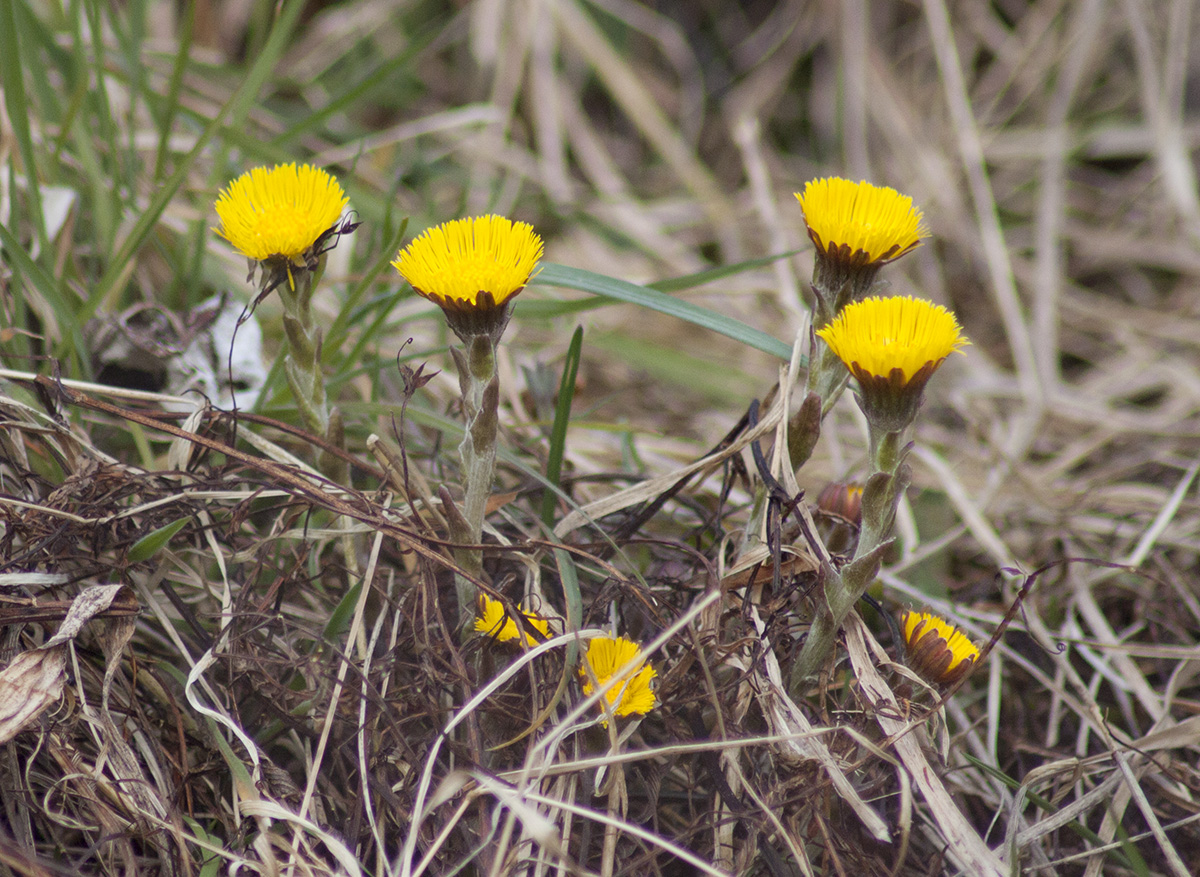 About this photo
Coltsfoot in early spring Photo: Iain Robson 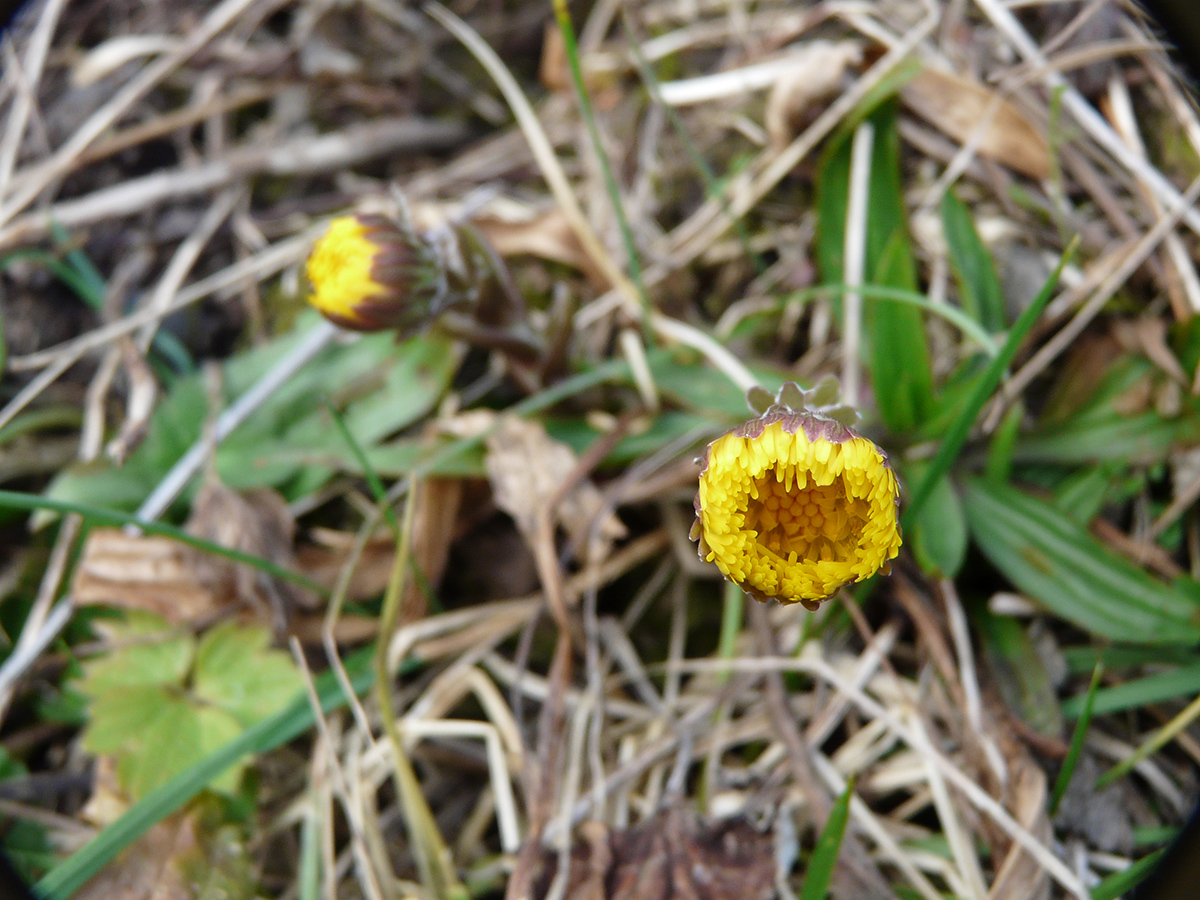