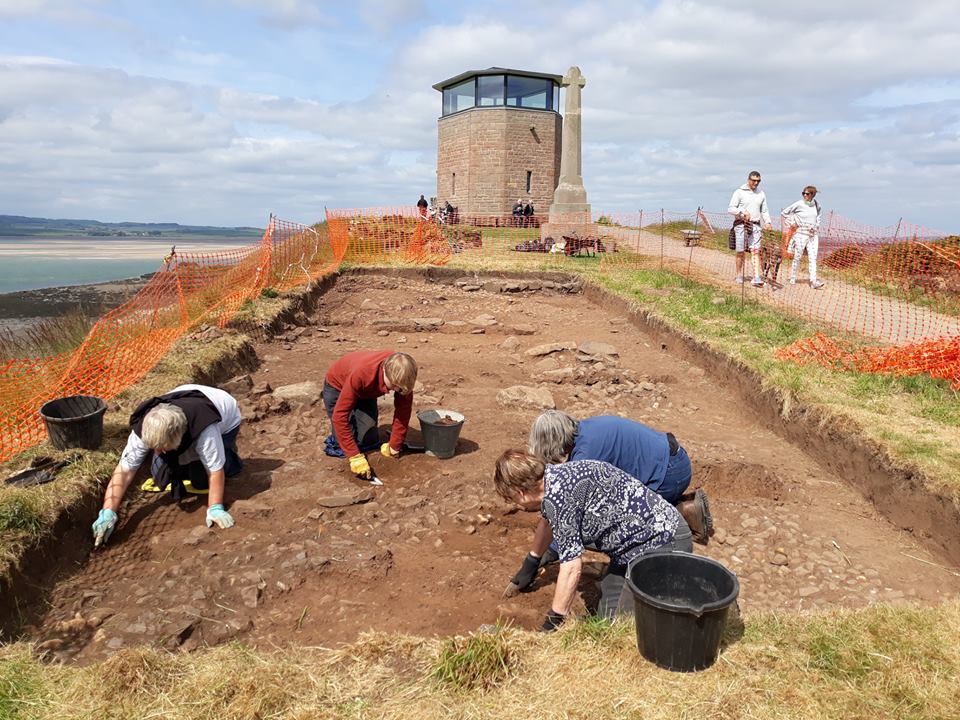 Thanks to an extension grant from the Heritage Lottery Fund we’ve been able to return to the Holy Island Heugh to continue with another season of the Peregrini Lindisfarne Community Archaeology Project.

The results from the last two years summer season excavations have been truly remarkable with the discovery of the remains of an early Anglo-Saxon chapel site and a substantial structure that has been interpreted as the possible watchtower referenced in 720AD by the Venerable Bede in ‘The Life of St Cuthbert’.

We are a week and a half into this third season of archaeological investigation and are planning to be on site until the end of June. The team of community volunteers are, again, under the expert guidance of Richard Carlton and Marc Johnston of the Archaeological Practice. This season we are concentrating our efforts in the area between the two structures as well as investigating the Lantern Chapel at the west end of the Heugh and an interesting earthwork known locally as the ‘Cockpit’. We are hoping to establish the form and function these various features as well as get some secure dating evidence.

The Cockpit is already proving intriguing with the base of the hollow containing large worked stones - hopefully further investigation over the next few weeks will determine exactly what is and whether it is connected to the other Anglo-Saxon archaeological sites on the Heugh. The Scheduled early Medieval stone cross socket located on the surrounding mound hints at the close chronological association.

We’ll post more updates as and when we have more to report. In the meantime if you are out on Holy Island, pass by and have a look. The army of remarkable and dedicated volunteers excavating the site will be more than pleased to discuss the site and its significance with you.

As always we are grateful to Richard, Marc and Paul for the expert supervision and the fabulous tireless group of dedicated volunteers. We are particularly grateful to the players of the National Lottery - as the money raised has enabled this fantastic extension project. 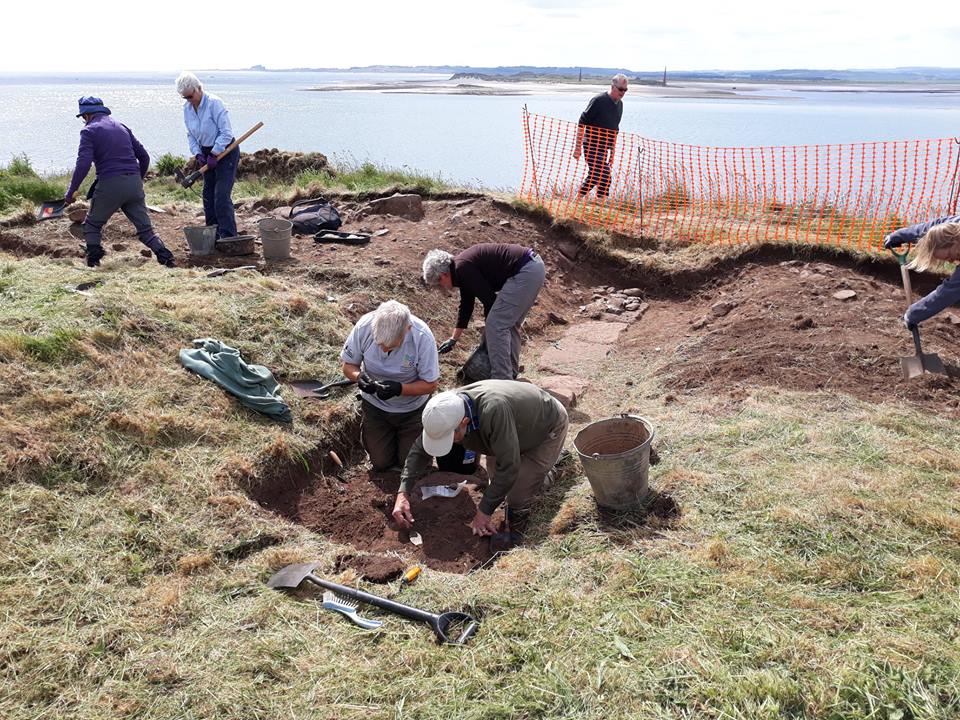