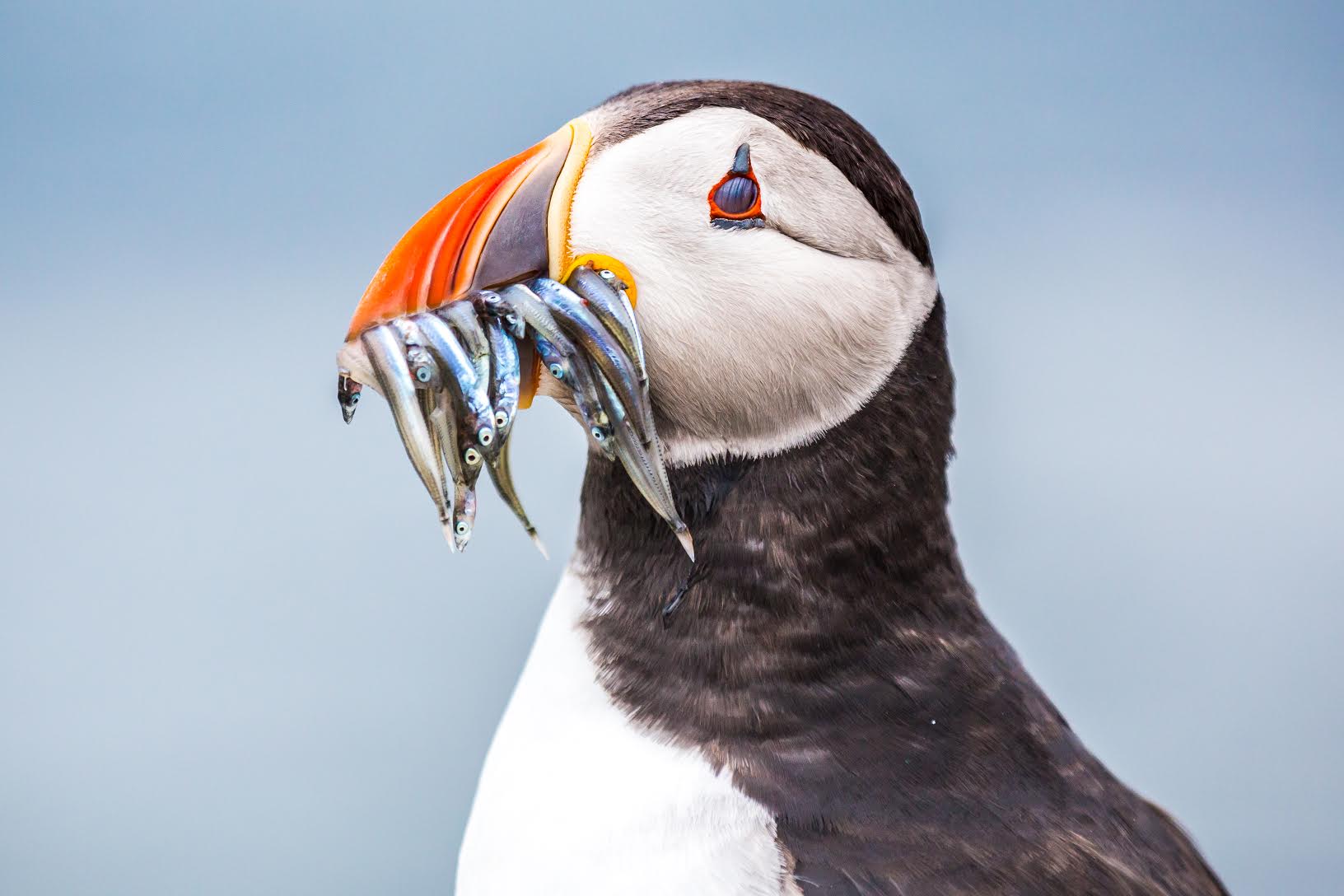 About this photo
Winner - Photographic Competition 2016 Puffin with its eye closed - Chris Orange. This image will appear on the front cover of the 2017 Visitor Guide

A photo taken by a visitor to the Farne Islands has been chosen as the front cover image for next year’s Northumberland Coast Visitor Guide.

Chris Orange from Surrey snapped a shot of the Puffin with its eyes closed during the summer. The image was chosen as the winner of the Northumberland Coast Area of Outstanding Natural Beauty (AONB) Partnership’s photographic competition and will feature on the cover of fifty thousand visitor guides in 2017.

Chris said “This photo was taken whilst on Staple Island, during the summer of 2016. After several hours in different locations watching the puffins as they continually flew on and off the Island to catch fish, I began to get into the rhythm of photographing their activity, which was a pleasure to witness. As I photographed this particular puffin I took a couple of frames, and noticed that on the second shot his eyes had closed in the same split second that I closed the shutter on my camera. I did wonder if he was winking at me! A really wonderful moment to capture”.

“I am thrilled that my photograph of the 'Puffin with his eyes closed’ has won the Northumberland AONB photography competition, and it will be an honour to see it on the front cover of the 2017/18 visitor guide. Northumberland has always been a very special place to me, both for its beauty and its fantastic heritage”.

The image was chosen as the winner of the Northumberland Coast Area of Outstanding Natural Beauty (AONB) Partnership’s photographic competition by judges Cllr John Woodman, Ken Stait and Jane Coltman. As well as featuring on the front cover of the 2017 Visitor Guide, Chris will also receive a £150 voucher for Stait Photo in Morpeth.

Explaining why the image caught his eye Cllr Woodman, Chair of the AONB Partnership said "I've always thought the sand eel is the secret ingredient powering the bird and seal life of the Farnes, which in turn embody the AONB. So I'm pleased our choice of cover picture next year shows that the puffins agree."

Ken Stait who runs Stait Photo in Morpeth and Hexham sponsored the competition and was also a judge said “It was, as ever, great fun to go on a photographic tour of the Northumberland Coast with the standard of this year’s entries especially high. We all felt that the shot of the Puffin captured the essence of the AONB and was a worthy winner”.

Jane Coltman, image manager at Johnston Press said “Yet again I am amazed by the standard of the entries; it gets better every year. I am delighted to have been able to judge the competition again”.

The Northumberland Coast Visitor Guide provides information to visitors about the landscape, history, wildlife and villages of the coast as well lots of things for visitors to do and see during their stay. The guide will be published next April.  Businesses wishing to advertise in the guide should contact Mike Jones at Command Print on 01665 713899 or email hello@dapdudes.co.uk