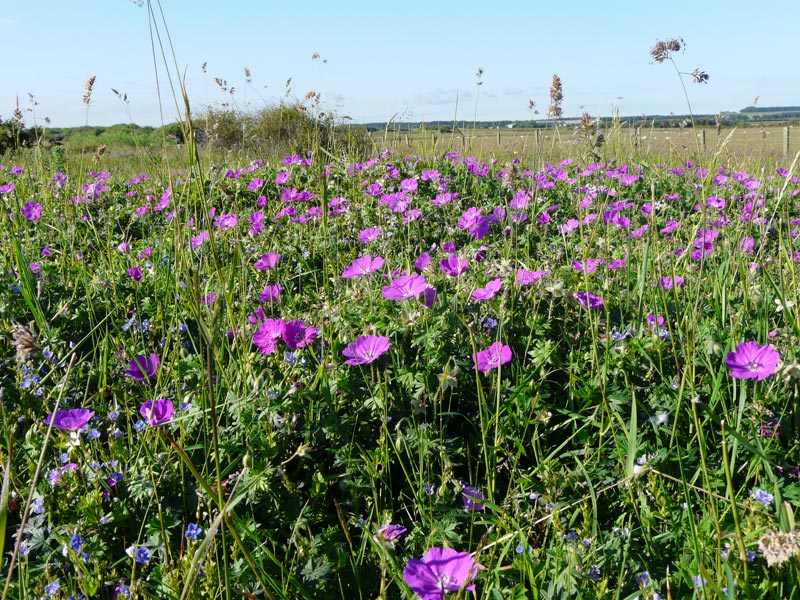 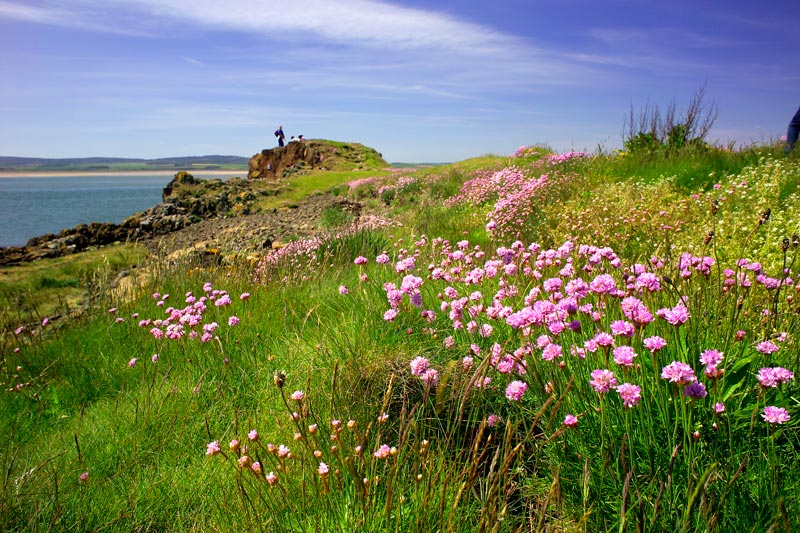 The dune systems, meadows, saltmarshes and the grasslands found on whinstone outcrops on the Northumberland coast are all home to an amazing array of plant life.

From spring through to late summer these habitats are a blaze of colour. In early summer the saltmarshes are pink with thrift, the whin grasslands have multi-coloured swathes of flowering plants and many rare plants are all to be found on the Northumberland coast.

Sand dunes are dynamic features of the coast and are mostly calcareous in nature because of the high shell content of the sand.

Sand dune plants need to be tolerant of hostile conditions and many species are only found in this habitat.

Extensive, flower-rich dune systems can be found in the Lindisfarne area from Cocklawburn through Cheswick, Goswick and Holy Island. Species-rich dunes can also be found at Embleton, Buston Links and Warkworth.

Traditional meadows are less common than they used to be, with grass cut for silage rather than hay nowadays.

Some grasslands are managed specifically for wildflowers using a hay meadow management regime. The National Trust looks after a large area of meadow at Newton Point which is worth visiting in late spring and early summer.

Where rivers and streams meet the sea, slowing waters deposit sediment and saltmarshes can form. Moving away from the sea, the amount of time the saltmarsh is covered in salty water decreases and this variation creates zones where different species can survive depending on how tolerant they are to emersion.

In summertime, despite being regularly covered by the sea, saltmarshes can be a carpet of pink in the zone where thrift flourishes. Saltmarshes are rare and protected and mostly privately owned so please appreciate them from the edge.

In the AONB, saltmarshes can be found at Warkworth, Alnmouth and around Lindisfarne National Nature Reserve.

The term ‘whin grassland’ is a collective one, describing a set of plant communities associated with the geology of the Whin Sill. The Great Whin Sill is a tabular layer of the igneous rock dolerite that occurs in northern England and specifically for us forms cliffs and outcrops on the coast between Howick and Holy Island.

Whin grassland is therefore only found at a small number of places, where thin, nutrient-poor soils overlie outcrops of whinstone. Incorporate the harsh maritime conditions at the coast and it is easy to see why the plant communities of the whin sill here are so specialised.

Places to look for whin grassland

The Heugh on Holy Island – a narrow ridge of whin outcrop, south of Lindisfarne Priory.

Craster to Dunstanburgh Castle and south of Craster to Cullernose Point– A walk along the Northumberland Coast Path in late May is a very good time to see whin flora.

We have produced a guidebook to help you explore the plant life of the Northumberland coast. The guidebook describes the important habitats types before giving advice on areas to visit. 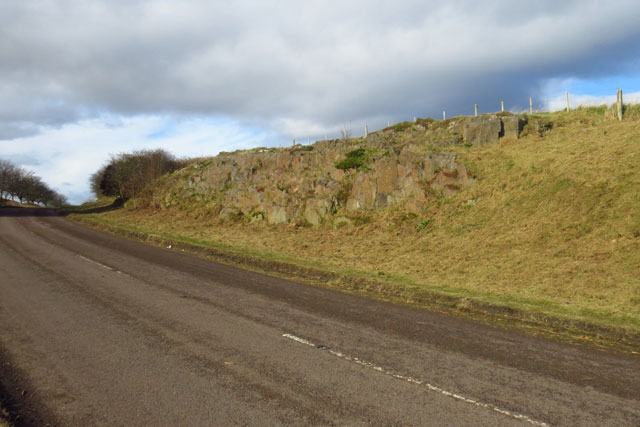 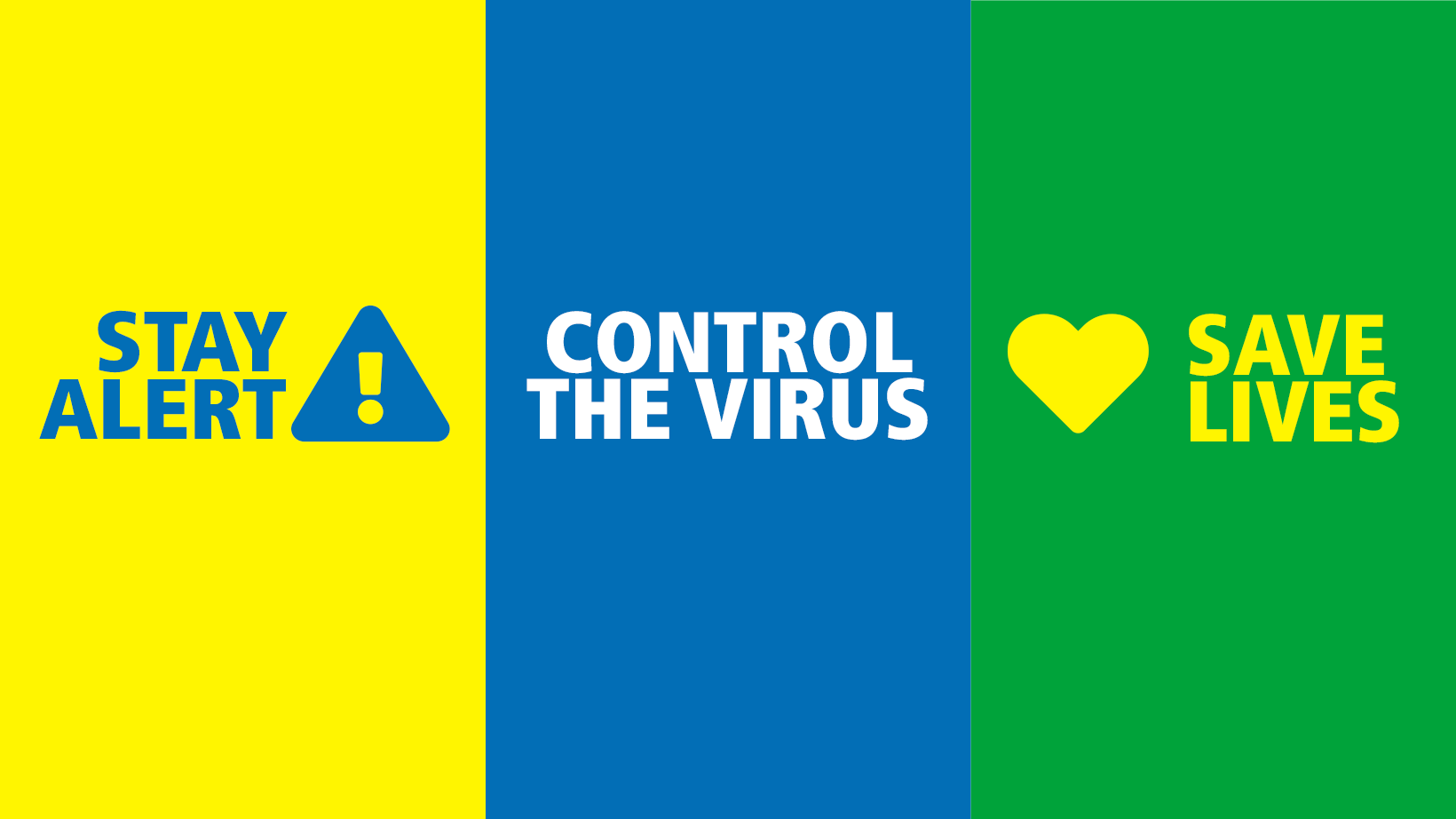