Celebrations for ten years of the Northumberland Coast Path 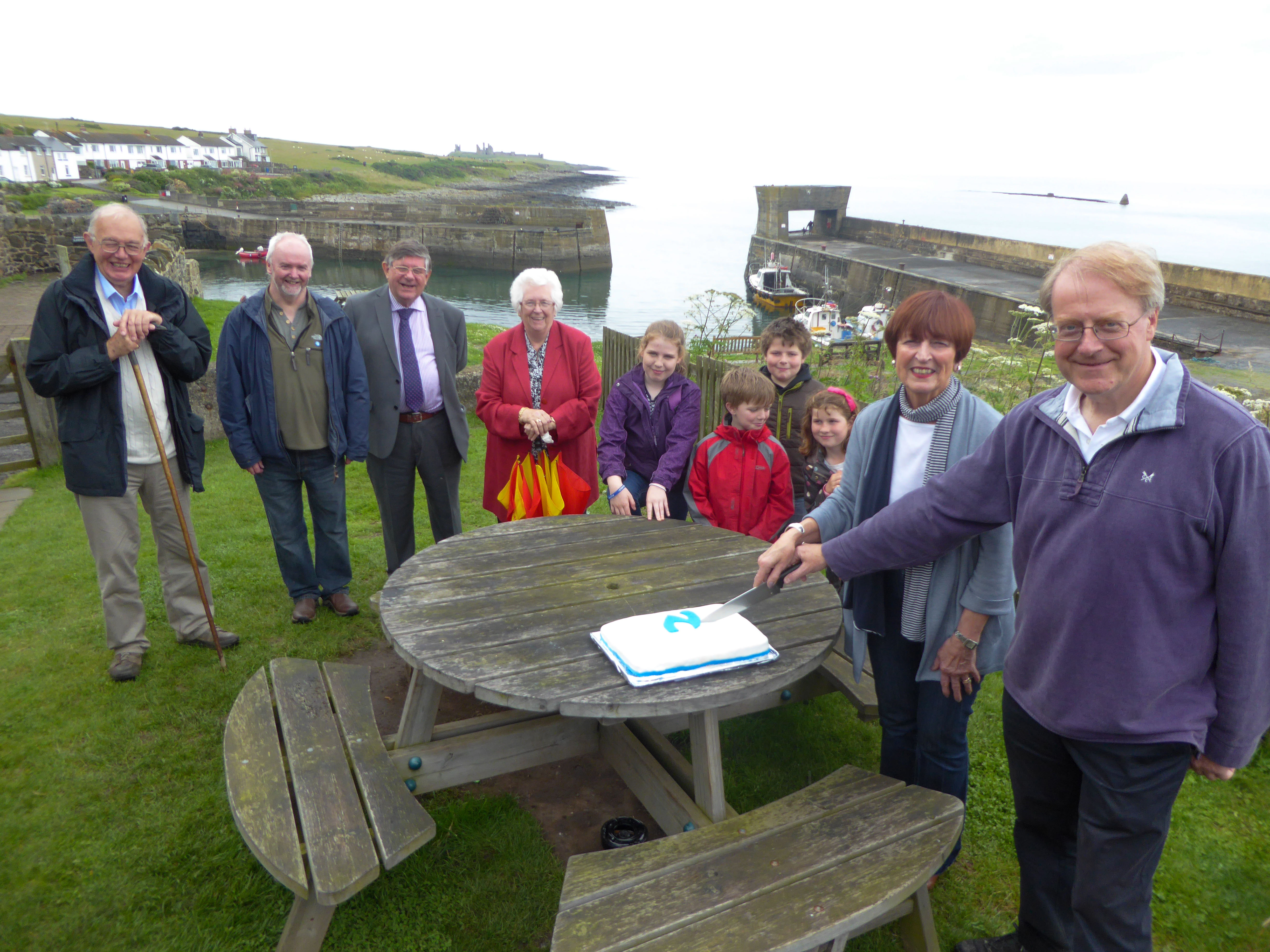 About this photo
Cllr Woodman and former chair of the AONB Partnership Pat Scott cut the birthday cake at the Jolly Fisherman in Craster with invited guests Photo: Janet Fairclough

The Northumberland Coast Path, a 62 mile continuous coastal footpath from Cresswell to Berwick-upon-Tweed has been officially open for ten years.

At a birthday party for the path today the former Chair of the AONB Partnership, Pat Scott, who officially opened the path in Boulmer on July 17th 2006, joined our current Chair Cllr John Woodman to cut a cake to celebrate the tenth anniversary of the opening of the route.

The celebration took place at the Jolly Fisherman pub in Craster, where the coast path actually passes through the garden of the pub making it the obvious place to have a birthday party. Pat and Cllr Woodman were joined by staff and members from the AONB Partnership and people from businesses taking part in the path’s new passport scheme.

Over the last ten years, the Northumberland Coast Path has brought many thousands of people from all over the world to walk along our beautiful coastline. Some people take a week or more and walk the whole length, others complete short sections when they can and many more people walk a bit of the path as part of their holiday. However people walk it, we know that exploring the coast on foot is the best way to enjoy it.

The creation of a continuous coastal path was made possible with an EU Interreg IIIB grant as part of the ‘North Sea Trail’ project which created lengths of coastal walking routes in 27 areas around the North Sea basin.

We would like to formally thank Northumberland County Council’s public rights of way team who do a sterling job in keeping the path open, clearing vegetation and mending broken signs and gates.

You can find out more about the Northumberland Coast Path on the official website www.northumberlandcoastpath.org

Iain is the AONB Partnership's Access and Natural Environment Officer and is responsible for the management of the Coast Path.

About this photo
Pat Scott, Chair of the AONB Partnership opening the path with Allan Garvie from Aberdeenshire Council in 2006 Photo: Tom Cadwallender 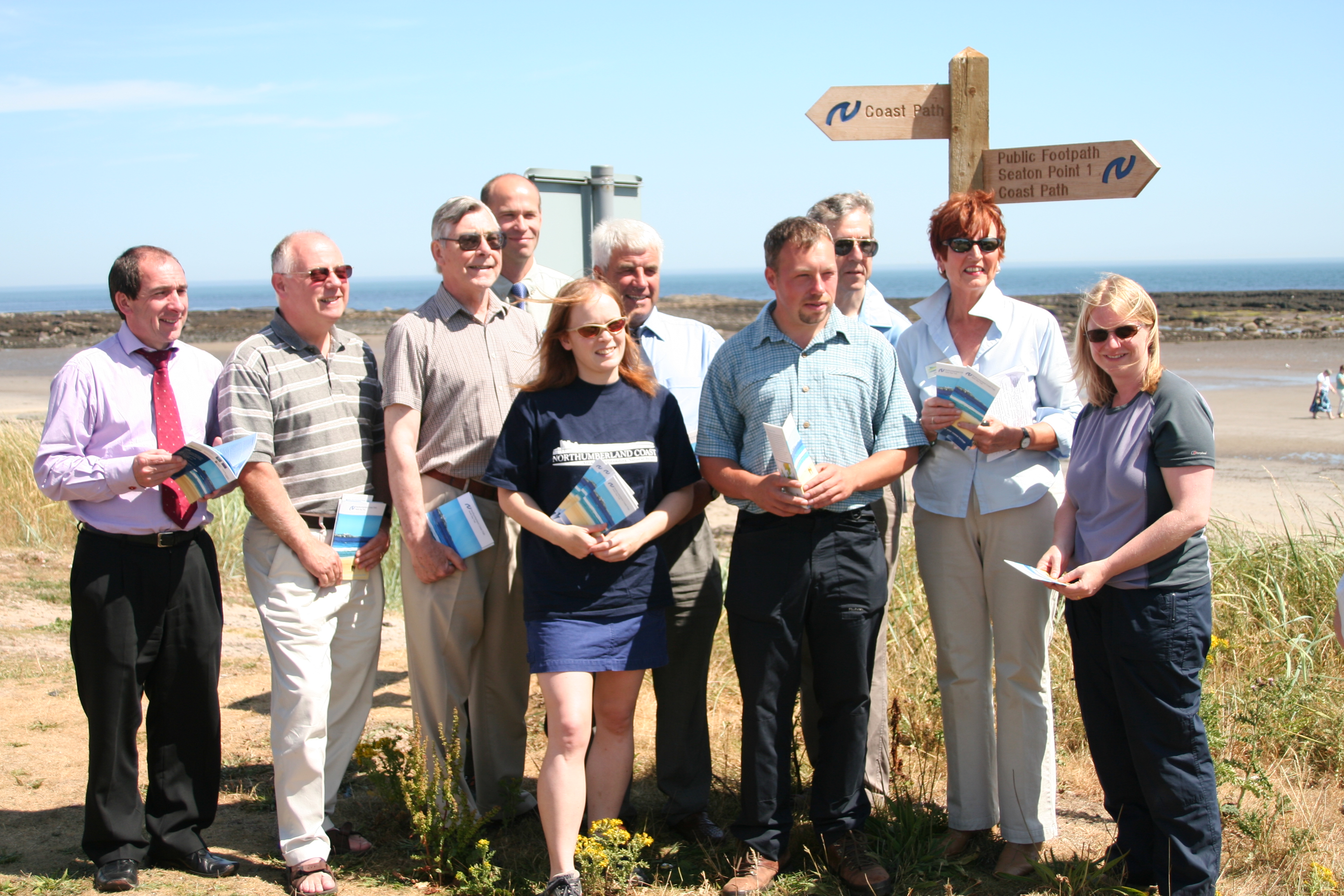 About this photo
Official opening of the Northumberland Coast Path at Boulmer in July 2006 Photo: Tom Cadwallender 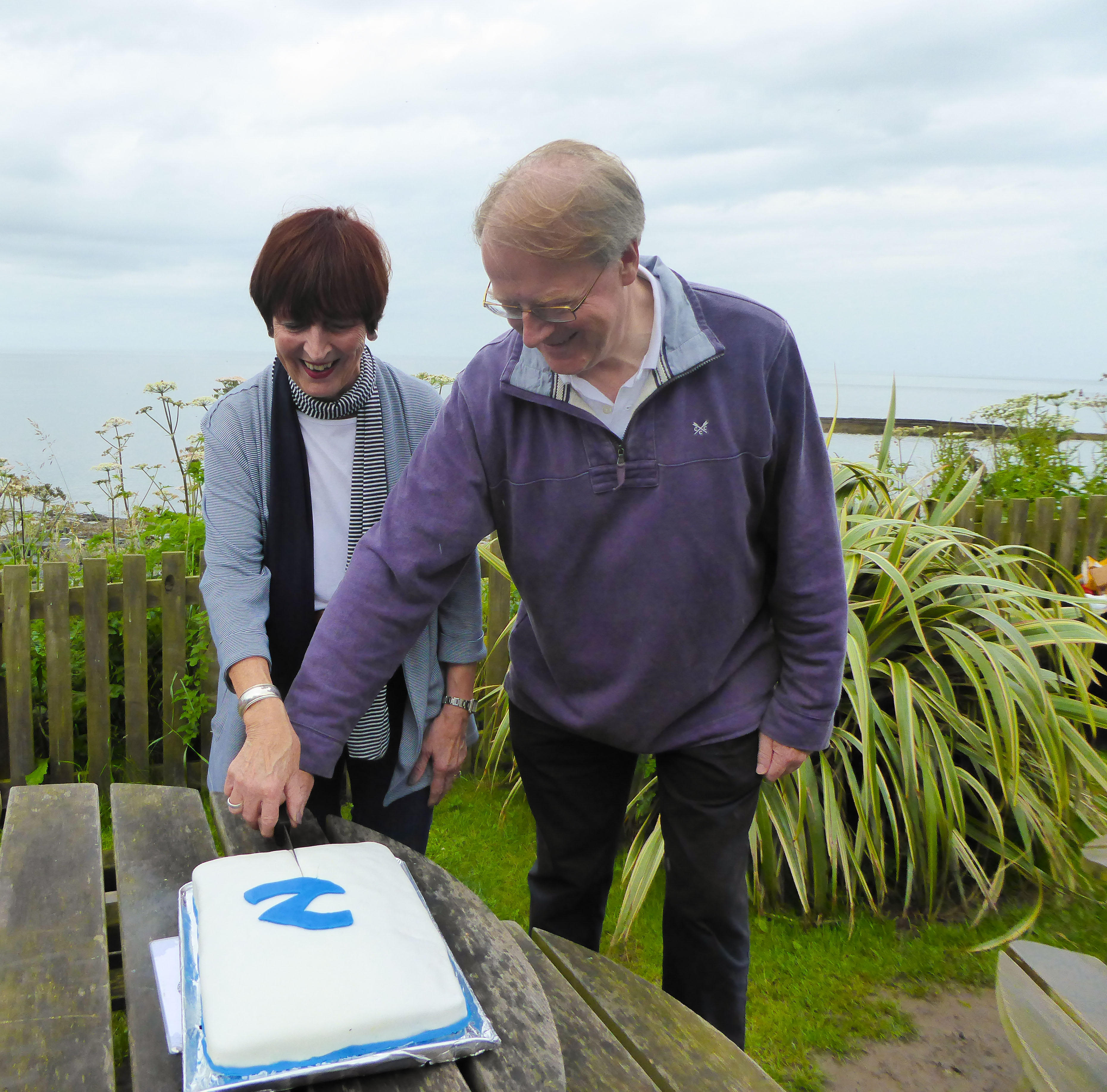