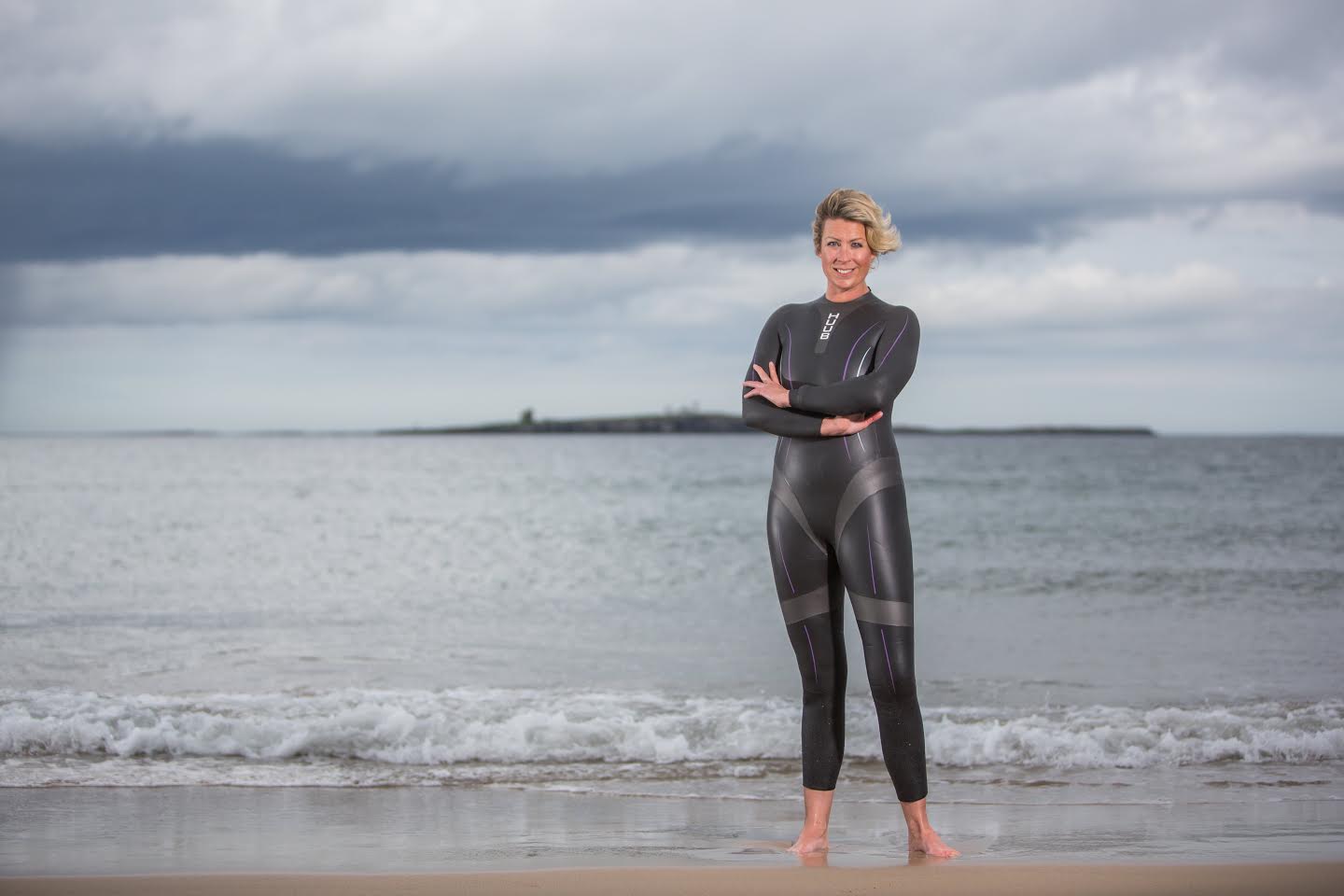 Claire Thorburn, director of Bamburgh-based Impact PR & Marketing, swam from the Farne Islands to the mainland in the summer in aid of charity. Why did she do it? Read on to find out more.

There’s rarely a day goes by when I don’t see the Farne Islands.
I wake up to the view of them. I walk the dogs and ride along the beach with them as a backdrop. I take photographs of the islands and write about them for my work, encouraging people to visit the Northumberland Coast AONB and see their extraordinary wildlife.
I had a moment of madness ten years ago at my clients - The Inn Collection Group’s Bamburgh Castle Inn which saw me pledge to swim from The Farne Islands to the mainland. It’s fair to say I had enjoyed several glasses of their lovely wine at the time.
‘Impossible!’ Scoffed my other half, Francis, when I mooted my idea. ‘It can’t be done.’
Which was rather like a red rag to a bull for me. And the Farne Island Mermaid Swim swung into action.
Although the distance is only some 1.5 miles, the strong currents make swimming from the islands to the mainland very difficult. Then you face crossing the breakers crashing on the beach - if you make it.
The thought of not being able to see the bottom and what lies beneath was terrifying. The waters off the Northumberland coast teem with an amazing array of creatures, which lovely as they may be - I had no desire to inadvertently bump into. I have a ridiculous fear of sharks and have been badly stung by jellyfish before.
And on August Bank Holiday Monday, myself, along with fellow ‘mermaids’ Jill Henderson, Jane Hardy and Sylvia Bland touched the whinsill rock of Inner Farne before striking out to swim the channel between the islands - in just one hour.
William Shiel of Billy Shiel’s Farne Island Boat Trips was absolutely brilliant. It is down to his expertise and phenomenal local knowledge that we were able to pinpoint August Bank Holiday Monday at 3pm as being the best date and time to try and attempt the swim because the tides were at their slackest. We were very lucky because although there was a bit of a swell, William gave us the green light on the day.
Even today, I keep looking at the islands and the distance to the mainland and can’t believe I swim it!
Alan Leatham, who captained our support vessel was amazing at helping us to keep sighting so we stayed on course during the swim. When you are in open water the height of the waves can make it difficult to get your bearings on land, and Alan, along with our support team on the boat - including my Dad - John Thorburn -  helped guide us safely home!
I have been absolutely overwhelmed by the incredible support people have shown, both in their encouragement and sponsorship for The Alzheimer’s Society and The British Divers Marine Life Rescue.
I’m very proud to have raised almost  £3.5k – but knowing the support of people in the village and surrounding communities, my partner Francis Watson Armstrong, the congregation of Seahouses Methodist Church, staff at Barclays Bank, The Bamburgh Castle Inn staff and customers, The Inn Collection Group, Alnwick NFU, Stay Northumbria and Crabtree & Crabtree to name but a few  - kept me going.
I had a few little wobbles (and tears) before I set out out, but knowing I had the backing of so many people kept me determined.
“I would like to thank everyone from the bottom of my heart - which thankfully is not several fathoms deep - for their support and generosity".
https://www.justgiving.com/teams/ClaireThorburn 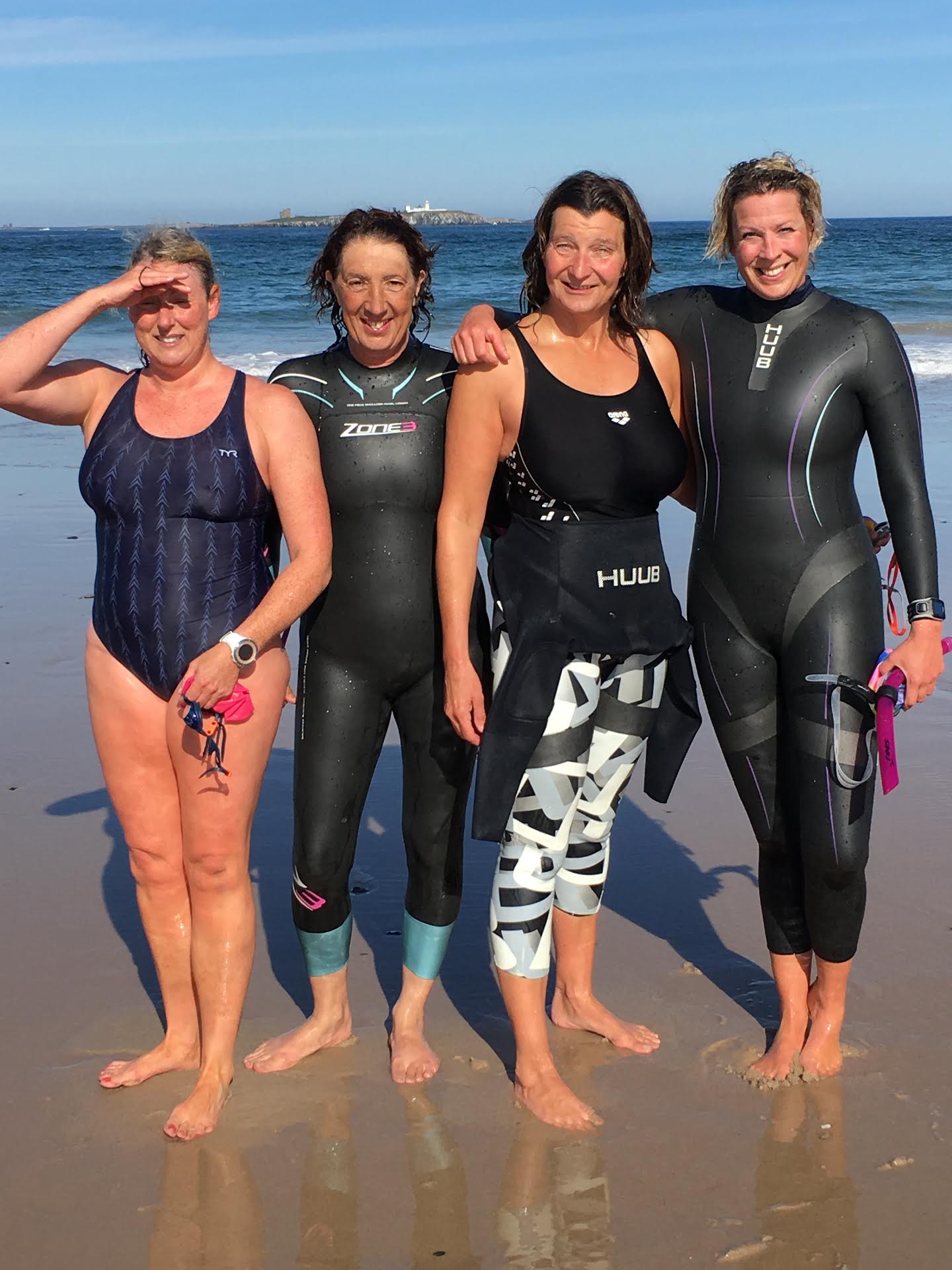 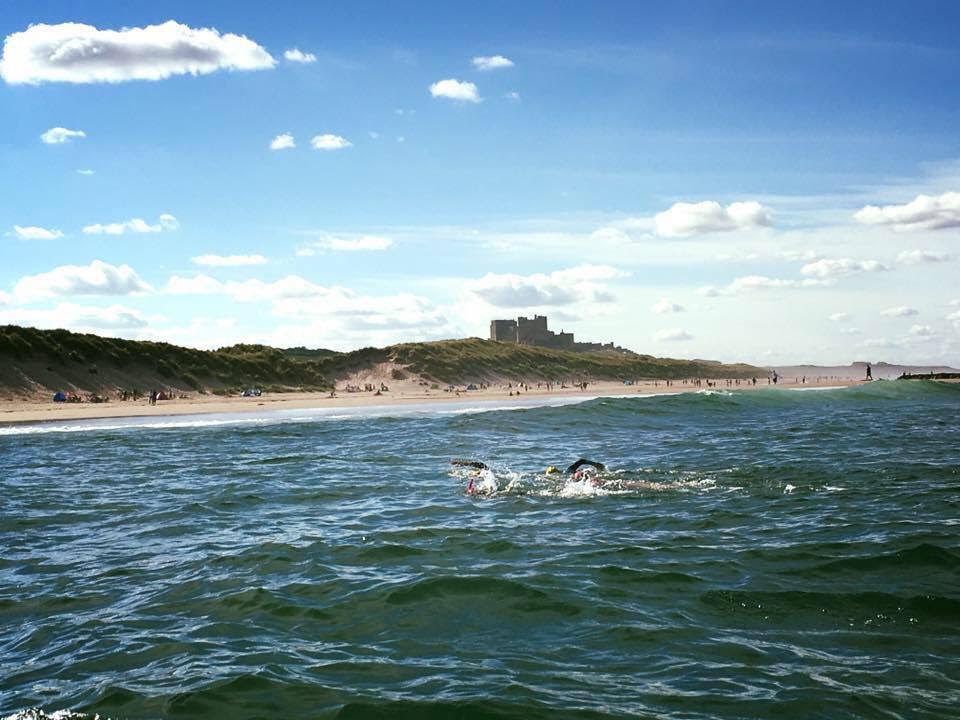