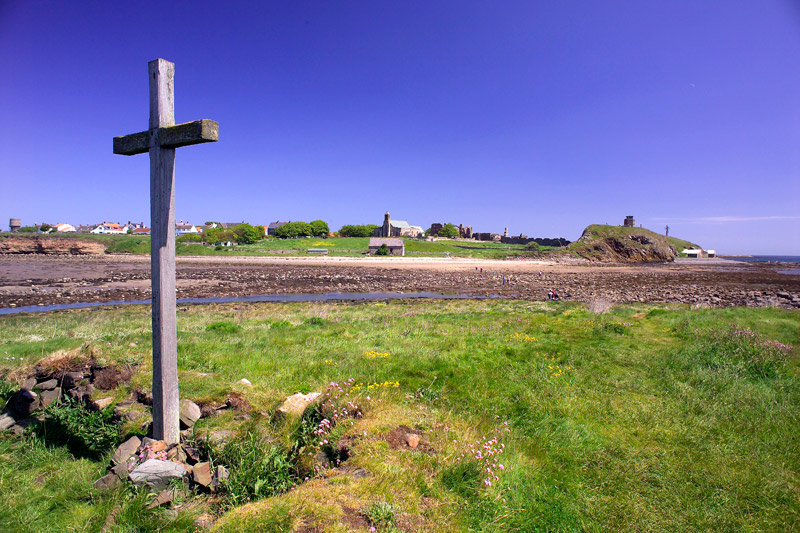 The isolation of dramatic coastal locations of Northumberland was undoubtedly very important within the early Celtic Christian Church where solitude, prayer and contemplation were essential. The small islands and peninsulas along the coast provided ideal locations for the austere ecclesiastical life of the early church in the 7th century.

The earliest and certainly the best known of these foundations is the monastery at Lindisfarne. Oswald’s accession to the throne of the Kingdom of Northumbria in 634 resulted in the arrival of St Aidan from Iona and the conversion to Christianity of the region. Oswald gifted Lindisfarne to St Aidan to establish his small Christian community

In 664 St Cuthbert became prior of Lindisfarne but sought greater solitude and lived as a hermit first on the St Cuthbert’s Island off Lindisfarne then Inner Farne. The spectacular Priory buildings visible today date from the 12th century.

Other sites established during the early Christian period are the small monastery founded by St. Ebba on the promontory at Beadnell known as Ebba’s Snook and the site on the promontory at the mouth of the river at Alnmouth called Church Hill, which is the possible location of the Synod of ‘Tyford’ in 684 that elected Cuthbert the Bishop of Lindisfarne.

Many of the parish churches along the coast have early origins such as St Aidan’s in Bamburgh, where elements of the current church date from the 12th century and inside there is a preserved wooden beam above the belfry which is said to be the buttress that St Aidan died leaning against. Warkworth Church is a beautiful Norman church with early Anglo-Saxon foundation.

The Hermitage at Warkworth continues the tradition of religious exclusion, though its foundation is much later (in the 14th Century), and has a romantic legend attached involving mistaken identity, revenge and repentance.