Things to do / Cycling / 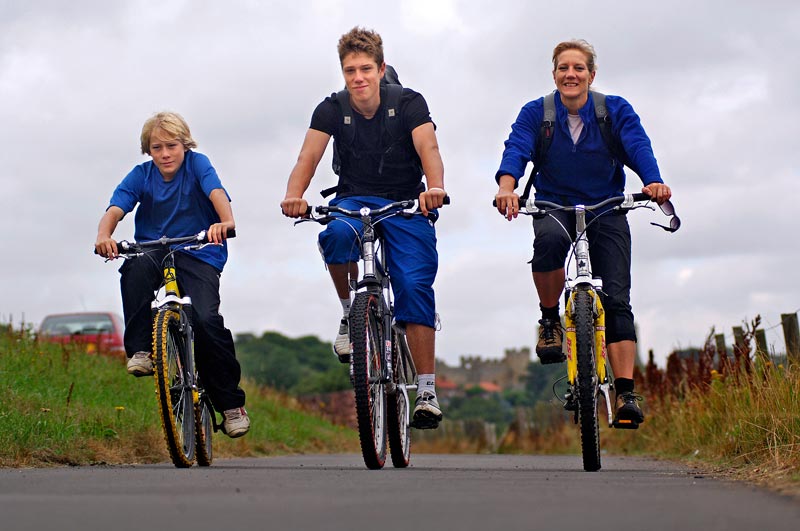 About this photo
Traffic-free route near Warkworth Photo: Gavin Duthie 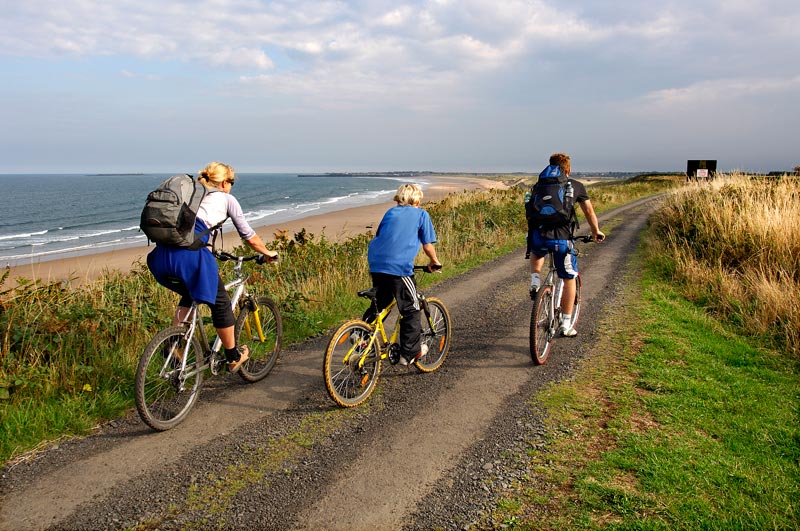 About this photo
Coast and Castles route near Warkworth Photo: Gavin Duthie

The principal long distance cycling route through the AONB is the Coast and Cycles Route which is part of national Cycle Network Route 1. The Sandstone Way, a newly created multi-day MTB route starts in Berwick and passes through the north of the AONB before heading south to Northumberland National Park and Hexham.

The Coast and Castles Cycle Route is part of National Cycle Network (NCN) Route 1. It joins the Rivers Tyne and Forth via the Northumberland coast, Berwick-upon-Tweed and Melrose. The route also forms part of the North Sea Cycle Route, the world’s longest signed international cycle route, passing through seven countries around the North Sea.

Coast and Castles is 200 miles long between Newcastle and Edinburgh. It is best tackled south to north to take advantage of the prevailing wind. The route can be ridden on most types of bike as long as they are in good condition - it is worth having a service before setting off. Some of the sections on the Northumberland coast are off-road and could be tricky on a road bike.

Sustrans produce a map and guide for the Coast and Castles route.

Sandstone Way is a newly created 120 mile mountain biking route along the sandstone ridge in Northumberland between Berwick-upon-Tweed and Hexham. From Berwick, the route hugs the coast as far as the Holy Island Causeway before heading inland for Northumberland National Park.

The route is for experienced mountain bikers and should not be taken lightly. It is waymarked but you will need to use a map. CyclePAD provides information about services, accommodation and holiday providers for this route.

This challenging route passes through some of England’s most beautiful, unspoilt scenery.