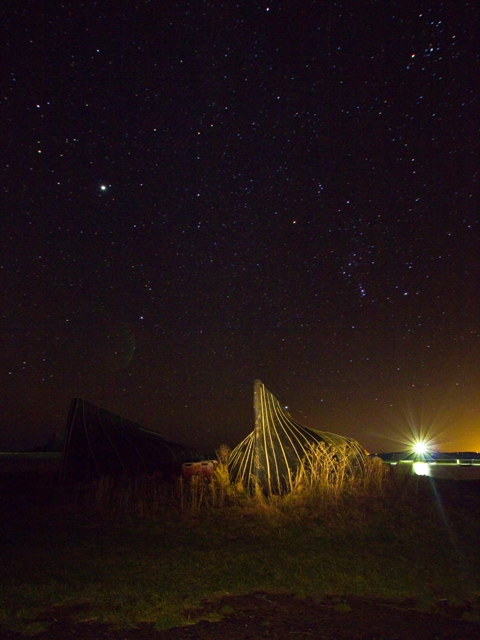 The Campaign to Protect Rural England has recently revealed the results of a project to map Britain's dark skies.

We were delighted to be able to help fund, with several other protected landscapes, a Campaign to Protect Rural England (CPRE) project to map the night sky. The results of the project highlight the fantastic quality of Northumberland’s night skies and the importance of AONBs and National Parks in the protection of dark sky landscapes.

The maps show that Northumberland has the highest proportion of pristine dark skies and is on average the second darkest county in England. The interactive maps are available online and are incredibly detailed with a resolution of 400 by 400 metres. There are nine categories of brightness each denoted by a different colour and protected areas are marked along with information about the night sky in that region.

The results of the Northumberland County Council LED roll out were highlighted in a case study in the report. The map of Ashington in 2015 clearly showed a reduction in light pollution, from the 2014 map, after the new street lighting was installed.

The interactive maps were produced by Land Use Consultants from images of the night sky taken at 1:30am throughout September 2015. The National Oceanographic and Atmospheric Administration satellite captured the visible and infrared imagery to determine the levels of light spilling up into British skies.

The report will be a useful tool for looking at future planning applications and will help to raise awareness of our beautiful dark skies.