New poles maintain the way across the Lindisfarne sands 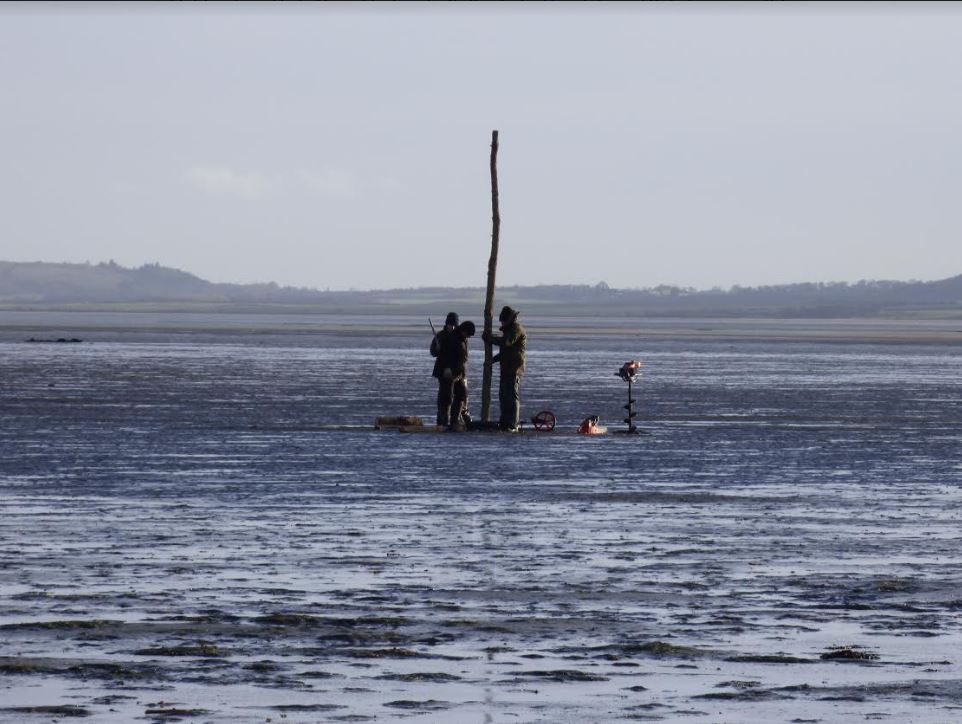 The line of poles marking the walking route to Holy Island have been in place for decades, but recently some of them had gone missing or become loose. As part of the Peregrini Lindisfarne Landscape Partnership Scheme, the missing poles have been replaced.

The Peregrini scheme, which is funded by players of the National Lottery through the Heritage Lottery Fund (HLF) arranged for the missing and loose poles to be replaced.

Ever since 635, when King Oswald gave the Holy Island of Lindisfarne to St Aidan to establish his monastery, the island has been a place of pilgrimage. The road was not constructed until 1954 and until then the vertical poles were the only indicators of the safe route between the mainland and island.

Ivor Crowther, Head of HLF North East, said: “The sight of the poles stretching across the sand and mud is one of the most iconic views in Northumberland and to walk the route away from the road and follow in the footsteps of our medieval ancestors is a wonderful experience. Thanks to money raised by National Lottery players, walkers and pilgrims to Holy island will have a complete set of poles to guide their way across the sands.”

Local fencing contractor Eddie Furnace was tasked with the job of replacing the poles. Eddie said “This is one of the more unusual jobs we’ve been asked to do and it wasn’t without its challenges. As well as the typical January weather, the poles sit in a mixture of mud and sand which is very wet and the holes for the replacement poles were filling up as quickly as we dug them. The boggy conditions also meant that we had to carry the poles in by hand as the quad-bike would’ve got stuck in the mud.

“The whole area is really important for birds and is designated as a National Nature Reserve so we had to work closely with the reserve staff to make sure the birds weren’t unduly disturbed.

“The replacements are rough larch poles from a local woodland, so they look like the existing poles and should last a long time.”

Brenda Stanton, Chair of the Peregrini Lindisfarne Landscape Partnership said “More and more people are walking the Pilgrim’s Way to reach Holy Island every year. Whether you're reaching the end of a long walk on St. Cuthbert’s Way or just walking over to the Island, to take of your boots and squelch barefoot across the mud is a wonderful experience.

“When it was suggested that Peregrini Lindisfarne could replace the missing poles as part of our Sacred Corridor project, we jumped at the chance. As well as the replacement poles a new seat will be soon installed on the Island, at the end of the Pilgrim’s Way which, as well as a place to put your boots back on, will be a place to sit a while and reflect on your own pilgrimage.”