By Wesley Davies
About this photo
Screeenshot from the webcam

Coquet Island’s rare breeding roseate terns and their comical puffin friends are set to become stars with their own live camera feed, streamed worldwide on the internet.

Coquet Island’s rare breeding roseate terns and their comical puffin friends are set to become stars with their own live camera feed, streamed worldwide on the internet.

The public can’t access RSPB Coquet Island to prevent unnecessary disturbance to the special seabirds who return each summer to raise their chicks, especially the UK’s rarest seabird – the roseate tern. The island is watched day and night by wardens who protect the seabird colony and study its fortunes.

We wanted to be able to share these amazing birds with the public and now, thanks to support from the LIFE Programme of the European Union and the Northumberland Coast Area of Outstanding Natural Beauty Sustainable Development Fund, people can now get unfettered access to the views and sounds of the colony through a wireless link to the roseate tern terraces.

This is the first live camera stream of roseate terns ever. Viewers will also be able to witness puffins regularly hanging out on the terrace, interacting with each other and generally causing mischief. It’s amazing watching the secret lives of puffins and roseate terns – they get up to more than we ever thought.

What we didn’t realise is that the camera gives better views than we get on the island – with the advantage of not getting pecked.

The live Coquet Island feed can be viewed at www.rspb.org.uk/coquetlive

Wesley is the resident RSPB warden on Coquet Island @Coquet_Island

This project was part-funded by our Sustainable Development Fund 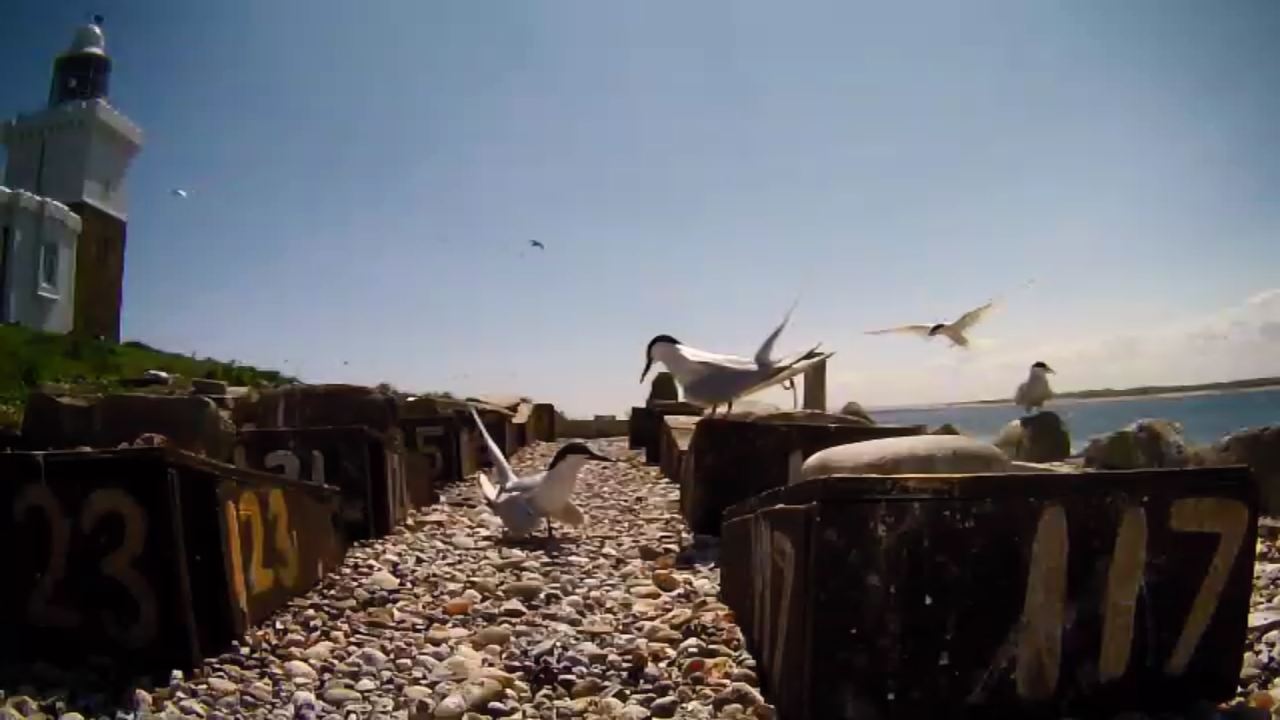 About this photo
Screeenshot from the webcam