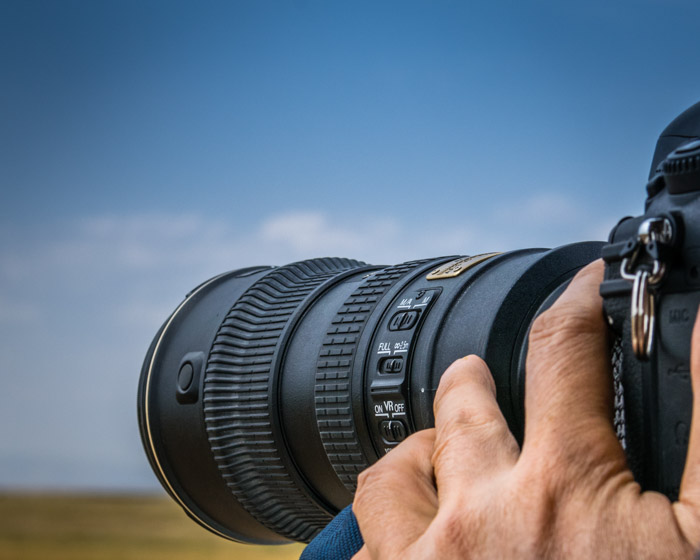 About this photo
ExpertPhotography

As photographers, we need to keep things in perspective. Social media can be a great place if it’s used responsibly, but too often it isn’t. Photographer Ian Glendinning explores respectful photography.

There is no doubt that Northumberland is a beautiful county and has a stunning coastline, along with
some of the best inland scenery in the UK. It’s no wonder that photography is such a popular
pastime. These days almost everyone has access to a camera and social media plays a huge part in
allowing people to display their efforts.

The iconic scenes of Northumberland, such as the castles, beaches and a number of other places are
easily capable of handling the influx of photographers, although space may be at a premium at
times. Little harm can be done as most of these places are well regulated and visitor access is seldom
an issue. A problem often arises, however, when other places are visited.

When fields of poppies or brightly coloured crops become known, invariably they become a magnet
for people who want to photograph them. A shot of a field of poppies or Phacelia on social media
can go viral in no time and the results can be devastating. Last year, a field of poppies was trampled,
vehicles clogged up small country roads, drones buzzed overhead and even scuffles broke out
between people all wanting to get a photograph. A similar display of disrespect happened at a
coastal location that became popular overnight after several species of owls were featured on social
media platforms. Cases of photo rage were noted and some irresponsible photographers even took
to putting bait out for the birds in an attempt to get a closer shot. This year, a field of Phacelia
became swamped with photographers. The field was trampled in places, cars blocked gates and
people were helping themselves to handfuls of the crop because of its scent.

It’s a worldwide problem. In the USA, a national park was closed this year because of the thousands
of photographers trampling over poppies. Lavender fields in France have turned into an
international destination and the results are chaotic. People seem to do anything just to get a ‘selfie’
– Iceland is considering legislation to prevent tourists taking photos in totally inappropriate places
where they put themselves and their rescuers at risk.

As photographers, we need to keep things in perspective. Social media can be a great place if it’s
used responsibly, but too often it isn’t. The tendency for fleetingly picturesque places to become a
magnet for large groups of people is increasing and often they are on private land. Farmers have no
desire to stop people enjoying the countryside but they also deserve respect – it may be a nice
image for a photographer, but it’s a livelihood for the farmer. Ask yourself – is there really any need
to go to somewhere that has gone viral on Facebook, just to get a photo that hundreds, even
thousands, of other people have already taken? If it’s on private land or property, how do you justify
trespassing just for the sake of momentary acclaim and some ‘likes’?

So ask yourself the question – why am I taking this photograph? To preserve a memory? To print out
and frame? To give as a gift? Or to put on Facebook or Instagram and seek ‘likes’? Here’s a
suggestion. Forget the places that everyone else photographs. Try a new approach and go and find
somewhere that isn’t so iconic and use your own interpretation of a scene. Think out of the box,
don’t copy the examples of others – don’t be a follower, be a leader! And if you do come across an
incredible scene, ask yourself if the result of sharing the location far and wide will be a good or a bad
thing. Do you really want your great photo imitated and the location trampled all over?

But regardless of anything, always remember – the welfare of the subject is more important than a
photograph. Think about it first and ask yourself ‘is it really worth it?’