School pupils have designs on a new seat for Holy Island 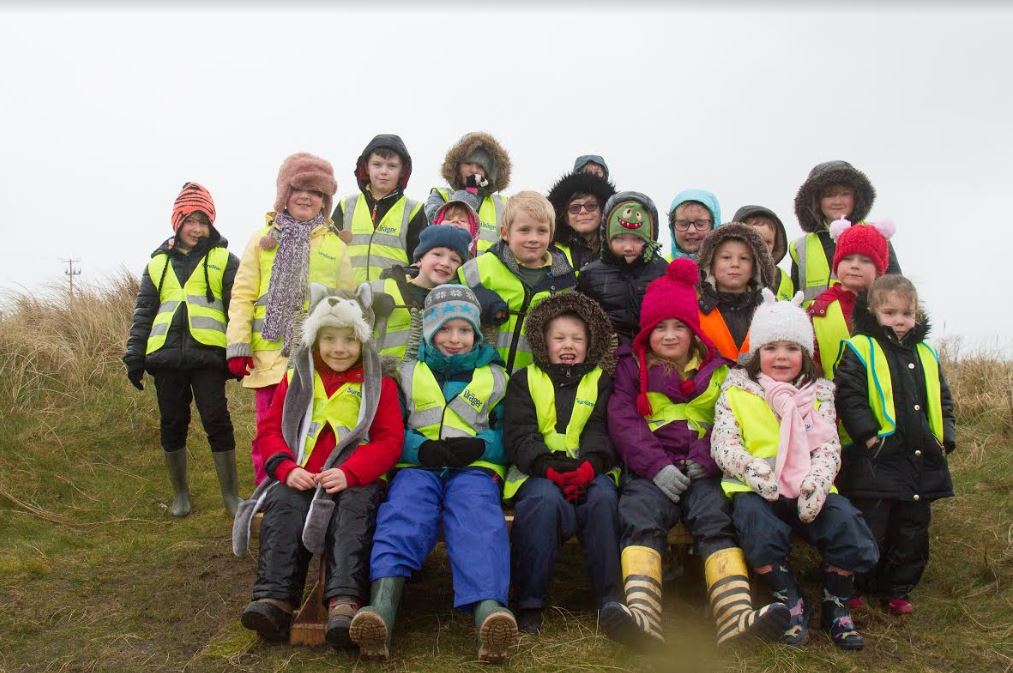 About this photo
Pupils from Lowick and Holy Island Schools brave storm force winds and rain to use the new seat. (Photo: Iain Robson)

Thousands of people walk the Pilgrims Way across the sands to Holy Island every year. Now a new seat which has been designed by pupils of Lowick & Holy Island Church of England First Schools, will provide a resting place for walkers at the end of their trek.

The Peregrini Lindisfarne Landscape Partnership have been working with the two schools and local artist Anna Turnbull to come up with a design for the new seat.

The Pupils drew inspiration for their designs from the landscape and wildlife of the Holy Island area and staff from the Lindisfarne National Nature Reserve were on-hand to help them understand why the area is so important.

Three designs by pupils Libby, Calum and Oliver were chosen and combined to create a beautiful Tern Wing design. The bench was crafted from fishing rope gathered from the beach and Lindisfarne and Seahouses harbours and recycled wood from the reserve.

Brenda Stanton, Chair of the Peregrini Lindisfarne Landscape Partnership said “The seat is shaped like the wing of a tern, a symbol that reminds people of the thousands of birds that make their own journey to Lindisfarne every year. The arctic tern has the longest migration of any bird, travelling from the South Atlantic to the Northumberland coast each Spring.

“The seat also incorporates plastic rope collected from our beaches. This serves as a reminder that this is a fragile environment and that we all have a role to make sure it is here for the birds in the future”

The Peregrini Lindisfarne Landscape Partnership has been made possible by a £1.37m National Lottery grant from the Heritage Lottery Fund (HLF).

Ivor Crowther, Head of HLF, North East said “More and more people are walking the Pilgrim’s Way to reach Holy Island every year.  We’re delighted that money raised by National Lottery players has been used to provide a place not only to rest and put your boots back on, but a place to sit a while and reflect on your own pilgrimage and the wonderful landscape in which you find yourself.”

The seat was officially unveiled by pupils from Holy Island Lowick Schools on Friday and can be found at the end of the Pilgrim’s Way on Holy Island. 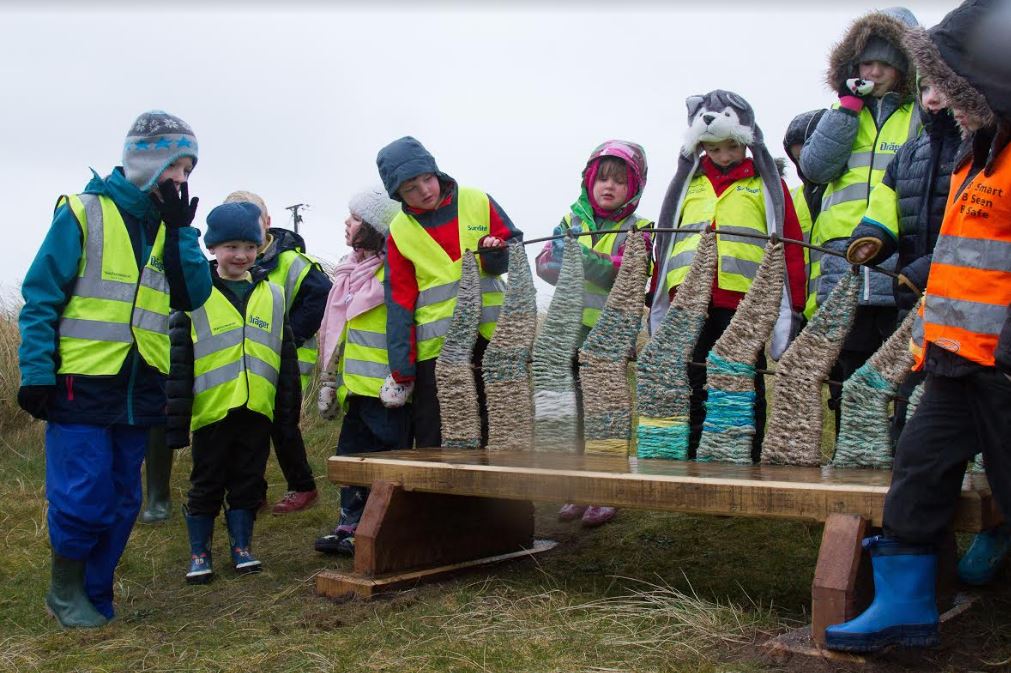 About this photo
Pupils from Lowick and Holy Island Schools admire the new seat that was made using designs that they had created.