The Northumberland Coast AONB Partnership hosted a Celebration Concert at Ellingham Hall last Thursday to bring to a close a year of events to mark their diamond anniversary. It was described as a “powerful essence of the Northumberland coast's talents, beauty, wildness and power to heal and inspire folk who live there and visit”.

The night featured an eclectic mix of music and song, bringing together different generations who all have a love of the Northumberland Coast. The evening was also a chance to hear the poems and prose pieces from the Written Word Competition winners, which the Partnership ran throughout the summer.

The host for the evening was Tom Cadwallender, who worked for the Northumberland Coast AONB Partnership before his retirement seven years ago. His knowledge of the coast and his natural ability to put the audience at ease made him an obvious choice for the role. He ably guided the performers and audience through the night.

Some of the music had been especially written for the AONB’s diamond anniversary. Andrew and Margaret Watchorn, who perform as Pipes and Fiddle, debuted the two pieces: the first was a slow waltz called Longstone (a nod to Grace Darling on the 150th anniversary of her daring rescue) whilst the other was a more lively jig named Sanderling, after the birds that dance along the shoreline.

The Duchess Community High School in Alnwick played a big part in the celebrations. A quartet made up of Bethany Kirkley, Palesa Thompson, Lucas Thornbury and Toby Cooke sang and played beautifully, with a highlight being a modern twist on Byker Hill, a well-known Northumbrian folk tune. The Creative Writing Group from the school also performed a series of film poems - poetry spoken alongside screened animation and pictures. This was a very effective way of presenting their work and something the group are keen to do more of as they grow in confidence.

Freelance poet and Beadnell resident, Katrina Porteous, read several of her poems. Much of her work over the last three decades has drawn on the detailed and loving celebration of the landscape, nature and culture of the AONB. Katrina writes her poems with the intention of them being heard out loud and the broad Northumbrian accent with which she read them left the audience amazed by her linguistic ability.

The prize-giving for the Written Word Competition Winners was a highlight of the evening. The winners and runners-up of the three age categories were asked if they would like to perform their entries; they all stepped up to the mark with remarkable courage and gave beautiful renditions of their poems and stories. The theme of the competition was to reflect on and write about the Northumberland Coast, with people and places encouraged.

The competition had a tremendous response, with a total of 147 entries received. Three renowned authors and poets judged the competition: Dan Smith is an award winning, Newcastle-based author of adventure stories for younger readers, and thrillers for adults; Dr Tony Williams is Associate Professor of Creative Writing at Northumbria University, who writes poetry and prose fiction and Richie McCaffery is an award winning poet, with a PhD in Scottish Literature from Glasgow University, who is originally from Warkworth.

Tony Williams awarded the prizes, giving the judges comments and insights on each one. All of the winning entries can be found on the Northumberland Coast AONB Partnership website/blog: http://www.northumberlandcoastaonb.org/blog/

Catherine Gray, Funding and Communications Officer for the AONB, who has been responsible for organising the 60th anniversary celebrations, said: “We wanted to give people a chance to share their energy and enthusiasm for the area throughout the year. We’ve talked alot about the importance of preserving the AONB in years to come, so involving the younger generation in our celebrations seemed an obvious thing to do”.

Cllr Jeff Watson, Chair of the AONB Partnership, said: “For such a small team, the AONB staff achieve a great deal. We’ve had a marvellous evening of entertainment which has followed on for an inspiring Forum this afternoon. Here’s to the next 60 years!” 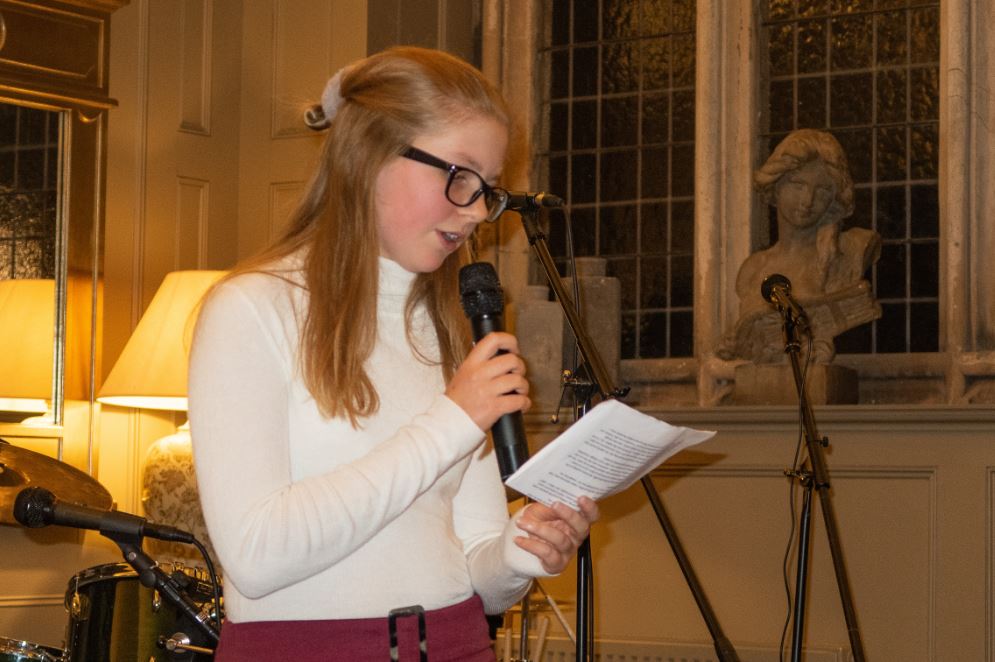