The Canny Lads from Bamburgh 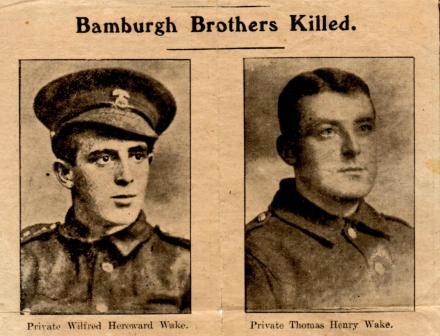 In this, one of the centenary years of WW1, various communities along the coast have been looking at how the Great War impacted on their settlements

Embleton published ‘The Fallen of Embleton’ – a beautiful and detailed account of the Embleton men recorded on the village memorial, whilst in Boulmer, the restoration of the village memorial hall lead to the discovery that it is a rare survival of one of the WWI barrack blocks from Berwick upon Tweed.

In Bamburgh, a Heritage Lottery Funded funded project 'Bamburgh - A Moment in Time' looked at the impact of the war on the village as well as commemorating those men that didn’t come home.

Two of those men were brothers, Thomas and Wilfred Wake. Although there were five years between them, the pair were close, being the youngest of five sons.  Whilst Thomas was a painter, employed by Mr R W Mackenzie of Seahouses, Wilfred worked as a tailor for Messrs R Coxon and Sons, Seahouses. The brothers were keen sportsmen, fond of cricket and football.  The brothers joined the Northumberland Fusiliers in Alnwick shortly after the outbreak of war, training together and in the spring of 1915, they were both sent to the Western Front.  Their luck was of short duration – they were killed in action near Ypres on 26 April, only a few yards from one another.   Neither of their bodies were recovered.  They are commemorated on the Menin Gate.

An unknown Northumberland Fusilier composed a poem in the trenches about the two brothers from Bamburgh, the day after he saw them fall. He called it The Canny Lads from Bamburgh and it tells of their tragically short war:

We soon got face to face with Huns,
Who had their big ‘Jack Johnson’ guns,
They tossed the shrapnel in by tons,
On the canny lads from Bamburgh.

And it just seemed to be our luck,
But on we went with British pluck,
When a piece of shrapnel came and struck,
Two canny lads from Bamburgh.

They faltered, then on their face they fell,
Beside them I knelt down as well,
And how they died just I can tell,
The two canny lads from Bamburgh.

Rather than be German slaves,
They lie buried amongst the braves,
I wrote on wood across their graves,
The two canny lads from Bamburgh.

They volunteered to cross the sea,
To fight for king and country,
And fell for England’s liberty,
The two canny lads from Bamburgh.

All the boys join in and send,
Their best respects to all their friends,
On Providence, it all depends,
On the canny lads from Bamburgh. 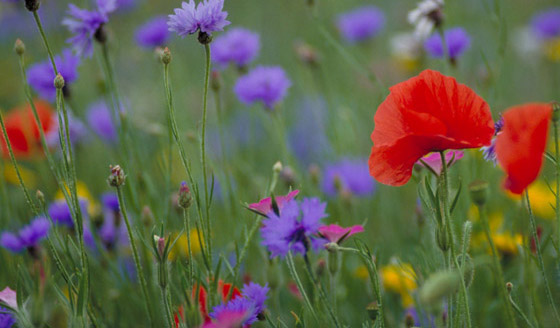