Visiting / Where to go /

A majestic medieval castle, a picturesque village and a river teeming with nature.

The picturesque village is overlooked by the massive remains of Warkworth Castle. The castle is the most splendid ruin of its type in Northumberland and has not been extensively restored like the castles of Bamburgh and Alnwick.

The sandy beach is only 1 mile away and you can travel by boat from the castle (or follow a shady path) upstream to the Hermitage, an unusual refuge dug into the face of the bluff by some hermit in the 14th century.

What can I do?

1. Visit the 13th Century Castle, ancient seat of the Percy family, Earls and Dukes of Northumberland. Can you find out which famous play it has appeared in?
2. Walk over the famous 14th Century Norman bridge and spot wildlife on the River Coquet
3. Look out for 18th and 19th century houses built in grey stone with red roofs.
4. Visit St Lawrence's Church.
5. Take a boat over to Warkworth Hermitage which houses a chapel carved in stone, a confessional and dormitory. Investigate the tragic tale of a knight named Sir Bertram.

• Go birdwatching in the Coquet Estuary, an important migration staging post. Or take a trip around Coquet Island (no landing allowed), which is an important breeding colony for many seabirds.

• Explore the sand dune grassland backing onto Alnmouth Bay – designated a Site of Special Scientific Interest. There’s a picnic site too if you fancy taking some lunch along.

What do I need to know?

• There are buses to Warkworth from Newcastle and Alnwick.

St Lawrence's is one of the finest Norman churches in the country with a long history. 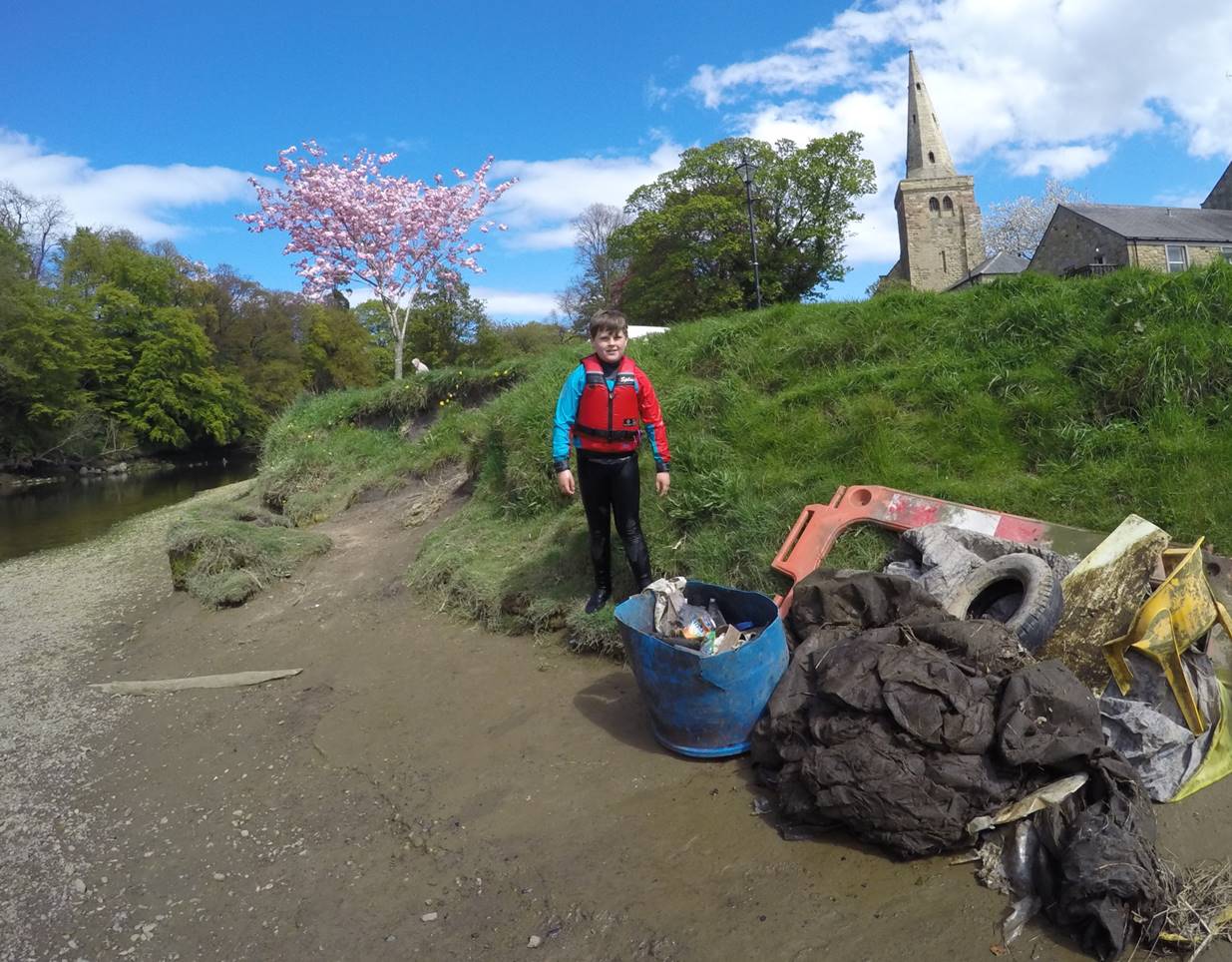 Litter picking on the River Coquet

Hi, my name is Archie. I really like canoeing on the River C...